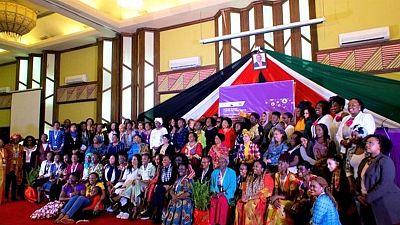 The Special Representative of the Secretary-General and Head of UNOAU, Ms. Hanna Tetteh was amongst senior African women leaders who attended this retreat to engage young African women in dialogue on thematic topics including transformational leadership on the continent with women at the forefront of achieving AU Agenda 2063 and the UN 2030 Agenda.

The retreat was officially opened by President Uhuru Kenyatta of Kenya and UN DSG Amina J Mohammed who noted that such kinds of intergenerational dialogues can help reaffirm shared values. Over 90 young and senior African women attended this retreat that has come up with concrete steps forward that will be implemented with support from AU and UN partners working in close collaboration with the African Women Leaders Network.