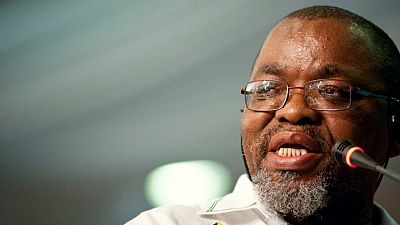 In a dedicated power program, AOP (https://AfricaOilandPower.com) 2019 puts spotlight on South Africa, focusing on the Kwa-Zulu Natal and the Northern Cape provinces, examining petroleum exploration, gas infrastructure and IPPs; Hon. Gwede Mantashe, Minister of Mineral Resources and Energy of South Africa and Deputy Minister Hon. Bavelile Hlongwa will join energy industry leaders from Senegal, Angola, Lesotho and South Sudan on stage; The AOP 2019 conference is hosted in partnership with the Department of Mineral Resources and Energy, the South African Chamber of Commerce and Industry and the South African Oil & Gas Alliance and will feature speakers from state-owned enterprises CEF Group, SANEDI, PetroSA, NERSA, iGas and PASA; The Africa Oil & Power 2019 Conference and Exhibition will take place at the CTICC 1 in Cape Town, South Africa on October 9 -11, 2019.

As the global investment community descends on Cape Town for Africa Oil & Power 2019 on October 9-11, a key focal point of the annual conference will be South Africa’s surge as an investment destination across the energy value chain. Following a landmark offshore discovery in February, multiple gas agreements and a record setting number of IPP projects online, Africa’s biggest energy consumer is a flashpoint for major project finance activity this year.

As the meeting place of South Africa’s energy industry, AOP 2019 is hosted in partnership with the Department of Mineral Resources and Energy, the South African Chamber of Commerce and Industry and the South African Oil and Gas Alliance and will feature speakers from state-owned enterprises CEF Group, SANEDI, PetroSA, NERSA, iGas and PASA.

Welcoming the South African minister and deputy minister to the fourth annual AOP event in Cape Town, Africa Oil & Power CEO Guillaume Doane said: “South Africa’s energy profile is rising, thanks in great part to policy reforms, industry privatization and a landmark offshore discovery earlier this year. The energy economy is steering away from coal and towards gas and renewables, a trend which we are very excited to feature at this year’s conference.”

AOP 2019 will create opportunities for investment and encourage intra-Africa cooperation across the oil, gas and power sectors, through the theme #MakeEnergyWork.

The three-day AOP 2019 program will discuss key topics including the future of gas in Africa’s energy mix, exploration and production, the role of renewable energy in closing the power gap and project financing.

With a special focus on the developments in South Africa’s energy sector, AOP 2019 will cast a spotlight on the country’s exploration and production prospects, the evolution of the power sector – specifically in the Kwa-Zulu Natal and Northern Cape provinces – and unpack the country’s energy strategies expressed in the draft Integrated Resource Plan (IRP).

Although the IRP remains to be finalized, the country is already seeing moves by public and private sector actors towards some of the plans expressed in the draft IRP.

Last month, Transnet announced (http://bit.ly/2NlYjxc) its cost-sharing agreement with the International Finance Corporation to conclude a feasibility study for the development of an LNG storage and regasification terminal in the Kwa-Zulu Natal and South Africa’s Strategic Fuel Find announced its tender for a refinery project in South Sudan.

On its shift towards clean power, the Renewable Energy Independent Power Producer Procurement Programme (REIPPPP) will continue to be instrumental in the country diversifying its energy mix, having already brought online 102 IPP projects from the four bid windows and over $17.5 billion in investments.

A prime example of an initiative making energy work, the REIPPPP has created over 38,000 jobs and contributed generously to the national grid through projects including the country’s largest concentrated solar IPP project, the 100 MW Kathu Solar Park in the Northern Cape, the 135,8 MW Cookhouse Wind Farm in the Eastern Cape and the 135.5 MW Gounda Wind Farm in the Western Cape.

Resolute to find an energy solution that will meet the country’s needs, Minister Mantashe told members of parliament last month that the IRP would be finalized by September, and explained that “It is a summary of what we must do and gives us a framework to our approach to energy. We can’t lobby for any technology over the other. Our preoccupation is energy supply and security.”