Angola greatly benefitted from the 2002 peace agreement ending its 27-year civil war, but the remaining poor security of government stockpiles of weapons and ammunition could still threaten its people. After the civil war, the military and police were left not only with a massive surplus of small arms and ammunition, but also inadequate infrastructure to safely and securely store them, which has increased the risk of theft and illegal diversion. If these items fell into illicit circulation, criminals could use them to harm Angolan citizens, and traffickers could sell them to armed groups such as those operating in Angola's neighbor, the Democratic Republic of the Congo.

The lack of safe storage conditions and procedures also incurs great risk of unplanned explosions, endangering civilians who live near the munitions depots. In September 2018, lightning struck a depot in Luena, causing a massive explosion that scattered ordnance and debris throughout the densely populated city. With Japanese and U.S. funding, Mines Advisory Group (MAG) deployed teams to destroy the ejected ordnance and educate the populace on how to avoid and report any discovered items.

To prevent illicit diversions, increase the safety of Angolan citizens, and strengthen Angola's national security, the United States assists the Government of Angola with destroying excess munitions and improving the physical security of munitions depots to protect its stockpiles. Since 2006, the United States has supported The HALO Trust to destroy 102,000 small arms and light weapons (SA/LW) and over 631 tons of munitions. HALO deploys mobile Weapons and Ammunition Disposal (WAD) teams throughout the country to assess stockpiles, cut weapons using specialized shears, and destroy surplus ammunition.

In addition to destroying excess munitions, the United States is helping the Angolan National Police (ANP) to improve the physical infrastructure of their weapon storage facilities and train police to manage the stockpiles according to international best practices. Under a pilot project with HALO, the United States is assisting the ANP by building or refurbishing five storage facilities and providing stockpile management training on how to use the facilities safely and effectively.

The first site that HALO refurbished is the Luanda Logistics Store, which the police reopened on June 29, 2019. The depot required a new roof, a new floor, improved ventilation, and security measures such as locks on the doors and grills on the windows. Thanks to these improvements, the facility can safely store and distribute munitions and collect excess weapons for destruction. Between June 29 and July 3, HALO destroyed over 1,000 obsolete weapons stored at the site. The refurbished site serves to prevent illicit proliferation on two fronts by keeping serviceable weapons safe from diversion, and facilitating the destruction of surplus weapons.

Another threat to Angola's stability and economic development is the lingering presence of landmines and unexploded ordnance (UXO) which continue to kill and maim civilians, prevent farmers from cultivating their fields, and separate communities from clean water sources and health clinics. According to the Landmine Monitor, 25 people died and another 18 were injured by landmines in 2017. The Government of Angola conducted a nationwide census in 2014 that identified over 88,000 people living with a disability caused by landmines or explosive remnants of war. Since 1995, the United States invested over $131 million in conventional weapons destruction (CWD) efforts in Angola – more than any other international donor – with the vast majority supporting demining operations. The objective of this support is to increase civilian security and lay the groundwork for sustainable development.

CWD efforts have contributed to a wide range of demining activities in Angola, including surveys that identify the exact parameters of hazardous areas, clearance operations via trained deminers and specialized machines, and mine risk education to teach the public how to avoid and report any hazards they encounter.

Twenty-four years of consistent U.S. support has yielded remarkable progress and advanced Angola closer to its goal of being landmine-free by 2025. U.S.-funded projects have removed over 26,500 landmines and 46,200 items of UXO. Additionally, through a combination of survey efforts and clearance operations, U.S. assistance has returned over 395 square kilometers (153 square miles) to productive use – an area more than twice as large as Washington, D.C. Factoring in the 166,000 civilians that have received mine risk education, over 1.4 million Angolans have directly benefitted from U.S. assistance both in terms of increased safety and access to arable land.

Humanitarian demining is profoundly restorative for the social and economic life of communities. As one example, funding from the United States and the United Kingdom enabled MAG to clear two minefields surrounding Lundjacute, a village located in Moxico province, between June 2017 and August 2018. Some residents had fled during the war, and others left after landmine accidents – as recent as 2017 – killed and injured multiple residents. The high number of accidents flagged the area as a priority and the Government of Angola asked MAG to clear them immediately. In March 2019, seven months after MAG finished clearance, MAG returned to the village to assess how clearance had changed the daily lives of the community members.

In just seven months, 37 households had already settled on cleared land. People had returned to the village from Zambia and other places in Angola, and community leaders expect more will follow once they hear their homes are safe again. One of the recent returnees is Charles Kakoma, who decided to return home from a refugee camp in Zambia to settle on cleared land. His first harvest yielded maize, cassava, and sweet potatoes. Another returnee from Zambia is Alfred Chinhama, who brought a grinding machine with him and established a flour production business. Now, farmers can process maize or cassava in the village, eliminating the need to walk 12 kilometers (7.4 miles) to the next closest grinder. Two blacksmiths also moved to the village in November 2018 to produce farming tools.

Lundjacute is a small but powerful example of how demining saves lives and facilitates economic development on multiple levels. The United States is proud to support humanitarian demining as part of a broader CWD program designed to enhance civilian security, facilitate development, and promote stability. Whether it is destroying excess weapons, improving the infrastructure of weapons depots, or clearing landmines from conflict-affected communities, CWD efforts improve the safety and prosperity of everyday Angolans.

Recently, the Angolan Government announced its own significant contribution of $60 million. This is a remarkable and commendable commitment towards their 2025 Landmine Free goal.

Distributed by APO Group on behalf of U.S. Department of State. 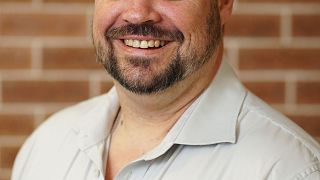 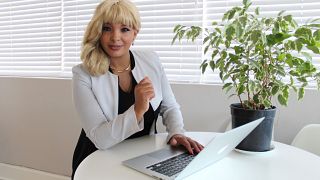 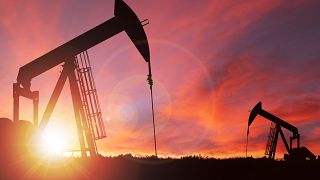