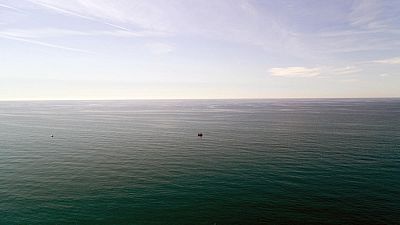 UNHCR, the UN Refugee Agency, is today calling on European governments to allow the immediate disembarkation of 507 people recently rescued on the Central Mediterranean who remain stranded at sea.

Many are reportedly survivors of appalling abuses in Libya and are from refugee-producing countries. They are in need of humanitarian assistance and some have already expressed an intention to seek international protection.

“This is a race against time,” said Vincent Cochetel, UNHCR Special Envoy for the Central Mediterranean. “Storms are coming and conditions are only going to get worse. To leave people who have fled war and violence in Libya on the high seas in this weather would be to inflict suffering upon suffering. They must be immediately allowed to dock, and allowed to receive much-needed humanitarian aid.”

151 people remain on board the Open Arms boat while 356 people more have been rescued in recent days by the Ocean Viking.

A port of safety should be immediately provided and responsibility shared amongst States for hosting them after they have disembarked.

Many European leaders expressed their shock at the events last month when more than 50 people died in an airstrike on a detention centre in Tajoura, Libya, and as many as 150 others died in the largest Mediterranean shipwreck of 2019.

These sentiments must now be translated in to meaningful solidarity with people fleeing from Libya. This includes providing access to territory and asylum procedures to people seeking international protection.

Increased search and rescue capacity on the Central Mediterranean is needed. In this context, the role of NGO boats should be acknowledged and supported. Their efforts are saving lives, and they should not be stigmatised nor criminalised.

More efforts are needed to move refugees out of harm’s way in Libya. No one should feel they are better off risking their life, and the lives of their families, on these often fatal boat journeys. Faster and increased safe and legal pathways to asylum are needed, including evacuations and resettlement.

UNHCR reiterates that intense fighting in Libya, as well as widespread reports of human rights violations, including arbitrary detention, means it cannot be considered a safe port, and no one should be returned there.