Yobe, WHO and Malaria Consortium target close to 200,000 children for malaria prevention in high risk areas 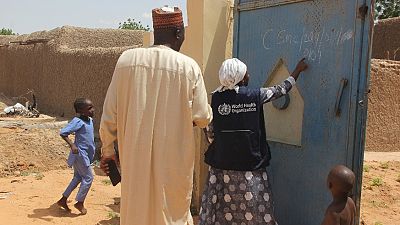 Yobe is one of three states mostly affected by the current humanitarian emergencies in north-east Nigeria. More than two-thirds of health facilities in the state are partially or not functioning leading to weakened healthcare service delivery, according to WHO health resources availability mapping system (HeRAMS) and malaria burden in 2018 was 70% among vulnerable populations that include children under five and pregnant women.

Overall, malaria accounts for more than half of all deaths recorded in North East Nigeria compared to other causes including cholera, measles and hepatitis E. The seasonal malaria chemoprevention campaign being currently implemented at this auspicious time aims at maintaining an adequate level of antimalarial medicine concentration in targeted children in order to kill any malaria parasites during this period of high malaria transmission.

The Officer-in-Charge (OiC) of WHO Nigeria, Dr Clement Peter reiterated that WHO’s recommendation for seasonal malaria chemoprevention (SMC) campaign across the Sahel sub-region of Africa has proven to be an effective and evidence based intervention against malaria. “Effective administration of SMC for up to four cycles during the peak of malaria transmission season among children aged 03–59 months could reduce malaria morbidity and mortality significantly,” said Dr Peter.

Representing the National Coordinator of the National Malaria Elimination Programme at the flag-off ceremony of the first SMC campaign in Gashua, Bade LGA, the Malaria Programme officer, Salisu Abdullahi Bogdoiri emphasized the importance of the exercise. “With the seasonal malaria chemoprevention campaign coming barely one month after the mass distribution of long lasting insecticide nets, we expect that cases of malaria morbidity and mortality among children in Yobe state will decline.”

As of 2018, an estimated 198 million Nigerians were at risk of malaria, 57.3 million malaria cases were estimated to have occurred along with 81,640 deaths. This translated to 25% of global malaria cases being found in Nigeria and the country accounting for 19% of global deaths. Although life-threatening, malaria is preventable and curable. With increased collaborative efforts to prevent the disease, the malaria burden can drastically be reduced and eventually eliminated in line with one of SDG 3’s target of having it eliminated by 2030.