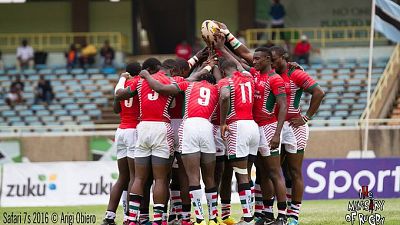 The 23rd Edition of Safari Sevens will be held on the Mashujaa Day weekend, 18th-20th October at the RFUEA Grounds.

The tournament made its return to this venue in 2018 after a seven-year hiatus with Samurai lifting the 2018 title, beating Shujaa 21-14 in an enthralling final.

Safari Sevens has been the launch pad for the careers of many a great rugby talent, the likes of Kenya Sevens greats Steve Gichuki, Ken Aswani, Felix Ochieng, Benjamin Ayimba, Oscar Osir, the Emonyi brothers Humphrey Kayange and Collins Injera, to name but a few.

“We’re very excited about the Safari 7s once again as we continue to consolidate on past gains. Many teams that are going into HSBC World Sevens Series and/or the 2020 Tokyo Olympics are looking at an ideal preparation and this year’s tournament offers just that. We will be unveiling partners as we close in on the tournament and so far the response from various current and potential partners has been very positive,” said the KRU Chairman, Oduor Gangla.

“It promises to be a highly competitive, energy charged tournament with lots of entertainment and activities including for families. There will be a lot of activities in the village and this presents an opportunity for vendors to come and sell their products to the fans in attendance. This goes to show that the tournament is all rounded from a sports to a business perspective.” Concluded Gangla.