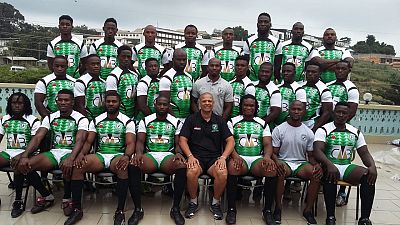 Black Stallions Coach, Bronson Weir has named his Nigerian side to face Ivory Coast on Wednesday in their first match of the 2019 West African Series Championship.

Further to Ivory Coast's 22-12 victory over Ghana, the eagerly-anticipated clash at the Nduom Stadium Elmina is the tie of the series and Weir's’ side will be looking to put in a strong performance.

“I think it is quite clear. To win the series, we have to get a good result against Ivory Coast and to do that, we have to beat them in the contest area,” said Weir.

“They are quite good at the breakdown and decent in the air , both areas are a priority for us. Traditionally, Nigeria and Ivory Coast games are always very close, they are tough affairs, so our ability to finish the game strongly is going to be vital. As you know, we had to release Christian Ogar due to lingering injury. captain, Azeez Ladipo is away in the US playing summer sevens but Police winger, Maalik is back in the squad after a long spell away from the team. So we have about eight new boys and we will throw some of them straight in tomorrow.

“I can tell you everyone inside our camp believes we can do really well. We are very much looking forward to Wednesday.”