Strategies to reverse tobacco usage in Africa in the spotlight 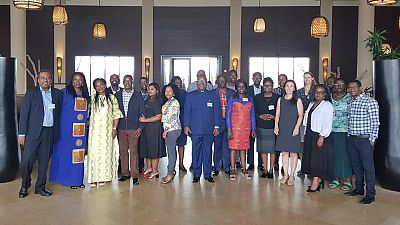 Tobacco is one of the leading causes of morbidity worldwide, and with almost a fifth of the people in Africa – about 94 million people – using tobacco products, the World Health Organization, The Bill & Melinda Gates Foundation and other partners met recently to discuss strategies aimed at stopping and reversing the trend of tobacco usage in the region.

The regional partners’ coordination meeting, which was held in Port Louis, Mauritius, included representatives from the African Capacity Building Foundation, the Campaign for Tobacco-Free Kids and the Tax Justice Network-Africa.

The initiative to advance tobacco control in Africa targets selected countries in the region and is geared toward the domestication and implementation of the articles of the WHO Framework Convention on Tobacco Control (WHO-FCTC).

Every year about 8.1 million people worldwide die from tobacco use, with 3.3 million (41%) attributable to lung diseases, including more than 890 000 from exposure to second-hand smoke. Tobacco use is also linked to chronic non-communicable diseases such as cardiovascular diseases, cancers and chronic obstructive lung diseases.

The rate of tobacco use in Africa is projected to rise if no interventions are put in place. Although women make up just 13.5% of the 94 million people who use tobacco products on the continent, they are more at risk of dying from the consequences of second-hand smoke. About 64% of the deaths attributed to second hand smoke are women who are working and living with men who smoke.

The Gates Foundation funded interventions include the implementation of comprehensive legislation, policies and strategies for tobacco control aimed at stopping and reversing the trends of tobacco epidemic in the region. Some of the areas where WHO has provided technical support include key strategies in creating smoke-free indoor, public spaces, workplaces and public transport; banning tobacco advertising, promotion and sponsorship; significantly increasing taxes on tobacco products; requiring large pictorial health warnings on all tobacco products; supporting hard-hitting mass media campaigns; monitoring tobacco use and prevention policies; and offering help to tobacco users who want to quit.

The meeting also discussed the challenges encountered and agreed on common strategies to address them. Tobacco industry interference and how to counter it at a regional level also came under scrutiny. The partners also discussed strategies to strengthen inter-partner collaboration and coordination of all implementing agencies at the country level.