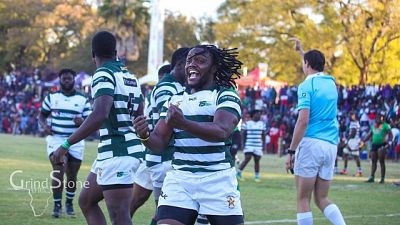 The Zimbabwe Sables have named their travelling squad of 24 players ahead of their second match in the Victoria Cup against Uganda, the squad leaves the R.G Mugabe International Airport for Kampala tomorrow morning.

Coming off the back of a convincing 39-10 victory over Zambia in their opening match, the Sables are looking to keep their momentum in the four-nation competition.

Zimbabwe’s victory came at the cost of Brendon Mandivenga who was the mainstays in the Zambian victory, he has pulled out due to injury and his return is indefinite.

Hilton Mudariki will captain the side with Jan Ferreira as the vice-captain.

The Ugandan Cranes will be having their first run in the Victoria Cup as they host Zimbabwe, they are coming off the back of a 16 – 05 loss to Kenya in the Elgon Cup and look to up the anti in this competition.