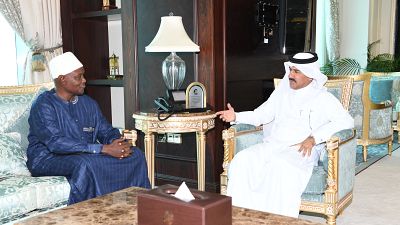 HE Secretary General of the Ministry of Foreign Affairs Dr. Ahmed bin Hassan Al Hammadi met Wednesday with Charge d'affaires of the Embassy of the Republic of Chad to the State Bakri Ali Bakri.

During the meeting, bilateral relations between the two countries were reviewed, as well as topics of mutual interest.

Distributed by APO Group on behalf of Ministry of Foreign Affairs of The State of Qatar.
Media files