BWB, the NBA and FIBA’s global basketball development and community outreach program, will be held at The NBA Academy Africa in Saly (https://on.nba.com/2JpIsvf) on July 28 and at Dakar Arena from July 29-31, with NIKE serving as the official partner.

Players and coaches will lead the campers through a variety of activities, including movement efficiency, positional skill development, shooting and skills competitions, 5-on-5 games, and daily life skills seminars focusing on health, leadership and communication.  One boy and one girl will be named BWB Africa Camp Most Valuable Players at the conclusion of the camp.

NIKE, a global partner of BWB since 2002, will outfit the campers and coaches with NIKE apparel and footwear.

Through NBA Cares and the Jr. NBA, BWB Africa community outreach efforts in Senegal will use the power of sport to promote cultural understanding while teaching the importance of a healthy, active lifestyle and values of the game like teamwork, integrity and respect.  In partnership with BWB Africa’s longstanding partner Hoops 4 Hope, campers, players, and coaches will take part in two interactive life skills seminars designed to teach leadership and communication skills and share information about HIV/AIDS prevention.

Highlighting the week’s community efforts, the NBA and SEED Project will host a dedication ceremony for two newly refurbished courts in the Ndiareme Limamoulaye district of Guediawaye in Dakar on Monday, July 29, as well as basketball clinics for local boys and girls.  In addition, a group will visit the S.O.S. Children’s Villages in Dakar to tour the facilities and participate in a variety of activities with children and families living there.

The NBA and FIBA have staged 59 BWB camps in 38 cities in 30 countries on six continents.  BWB has hosted more than 3,500 participants from 129 countries and territories.  More than 290 current and former NBA and WNBA players have joined more than 240 NBA team personnel from all 30 NBA teams, with 68 former BWB campers drafted into the NBA or signed as free agents.

The following is a complete list of players participating in the 17th BWB Africa Camp: 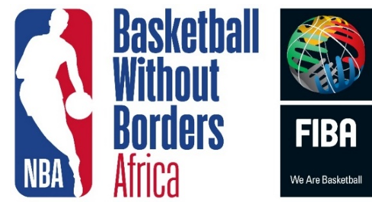