Goree Island was a huge slave holding facility and at the centre of the European slave trade from the sixteenth century until 1848, when France abolished slavery. Countless African slaves passed through the island for centuries on their way to US, Haiti and Cuba. The oldest building on the island, the House of Slaves, is a reminder of the inhuman conditions in which African slaves were treated for over three centuries. The whole island was inscribed on the Unesco World Heritage list in 1978.

“Slavery was a sin and a crime against humanity. The Chamber is looking forward to working with various African civil society groups to fight issues of modern-day slavery. It starts with us creating an environment where all is treated with fairness, love and equity,” said NJ Ayuk CEO of Centurion Law Group and Executive Chair of the African Energy Chamber during the visit.

Oil executives were told how slaves were chained at the neck and arms with a heavy iron ball attached. Many of the slaves were released just once a day from their cells which measured just 2.6m by 2.6m, each containing between 15 to 20 men. The ill and the dead were thrown into the sea for the sharks to feed on.

Families were split up with women and children each being kept in a separate part of the slave house. For young women, there was one means of escape. Any that became pregnant by the slave masters were released either on the island or in the town of Saint Louis.

“Visiting Goree Island should remind us that slavery continues when we shrink civic freedoms, encourage legislation that stifle dissent, stand idle by on rising populism that has stirred xenophobia, limit opportunities for Africans and women in oil and gas and put a blind eye on African families that continue to earn unworthy wages,” added Ayuk. 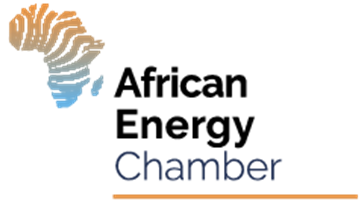