President of the Bundesrat visits Namibia 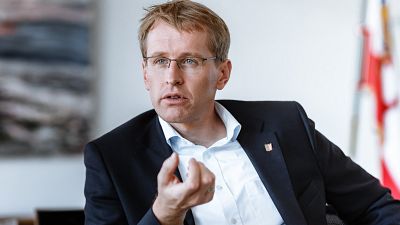 President of the Bundesrat, Hon. Günther, will meet with the President of the Republic of Namibia, H.E. Dr. Hage Geingob, as well as the Chairperson and other Members of the National Council. There will also be talks with Deputy Prime Minister and Minister for International Relations and Cooperation, Hon. Netumbo Nandi-Ndaitwah, and Minister of Trade, Industry and SME Development, Hon. Tjekero Tweya, as well as with the Speaker of the National Assembly, Hon. Prof. Peter Katjavivi. Together with his delegation, Bundesrat President Hon. Günther will also attend a session of the National Council and address the Members.

The President of the Bundesrat is accompanied by ten German business representatives from different economic sectors based in Schleswig-Holstein. As part of their visit, the delegation will visit the KfW-funded Goreangab water treatment plant near Windhoek as an example of German-Namibian cooperation in the development sector. In addition, an exchange with students and faculty members at the Namibia University of Science and Technology is planned as well as a visit to the German-Namibian Center for Logistics.

The delegation will then travel to Swakopmund and Walvis Bay where they will meet with the Governor of the Erongo region, Hon. Cleophas Mutjavikua, the Mayoress of Swakopmund, Her Worship Cllr Paulina Ndahafa Nashilundu, followed by a visit to the deep-sea port of Walvis Bay, and a meeting with the acting CEO of the port operator NamPort, Mr Kavin Harry.

In Swakopmund, the delegation will visit the Memorial Park Cemetery and lay down flowers.