BWB Africa 2019 will bring together the top male and female players ages 17 and under from throughout Africa to learn directly from current and former NBA and FIBA players, coaches and legends and to compete against the best young players from the continent.  BWB Africa will also include NBA Cares and Jr. NBA outreach efforts in partnership with local community organizations.

“Bringing the 17th edition of the Basketball Without Borders Africa camp to Senegal speaks to our commitment to expanding our footprint across the continent,” said NBA Africa Managing Director and Basketball Africa League President, Amadou Gallo Fall.  “With grassroots basketball development remaining at the core of our strategy to grow the game across Africa, BWB remains our flagship development and community outreach initiative where Africa’s most talented youth have an opportunity to develop as players and learn important life skills they will carry with them for the rest of their lives.”

“FIBA and the NBA have teamed up for several years to organize activities to boost the development of youth basketball in Africa. Those initiatives are very important for the continent,” said FIBA Africa Executive Director, Alphonse Bilé.  “I hope that some of the participants in this BWB camp will one day play in the new jointly created Basketball Africa League and benefit from this fantastic opportunity to showcase their talents in this continental league.”

“We are excited to host this year’s Basketball Without Borders Africa camp and welcome FIBA and the NBA back to Senegal,” said Senegal Basketball Federation President, Babacar Ndiaye.  “We look forward to the great week of basketball and to showcasing our city and the state-of-the-art Dakar Arena.”

NIKE, a global partner of BWB since 2002, will outfit the campers and coaches with NIKE apparel and footwear.

The NBA and FIBA have staged 59 BWB camps in 38 cities in 30 countries on six continents.  BWB has hosted more than 3,500 participants from 129 countries and territories.  More than 290 current and former NBA and WNBA players have joined more than 240 NBA team personnel from all 30 NBA teams, with 68 former BWB campers drafted into the NBA or signed as free agents.

In February, the NBA and FIBA announced their plan to launch the Basketball Africa League (https://on.nba.com/2Lblfz8), a new professional league featuring 12 club teams from across Africa scheduled to begin play next year.

The NBA has a long history in Africa and opened its African headquarters in Johannesburg, South Africa in 2010.  Opening-night rosters for the 2018-19 season featured 13 African-born players, and there are more than 80 current and former NBA players from Africa or with direct family ties to the continent, including Naismith Memorial Basketball Hall of Famers Hakeem Olajuwon (Nigeria) and Dikembe Mutombo (Democratic Republic of the Congo).

This year, the NBA plans to reach more than 2.5 million boys and girls ages 16 and under through Jr. NBA programs in 21 African countries.  Since The NBA Academy Africa opened in May 2017 (https://on.nba.com/2YH6G9u), 25 elite male prospects ages 14-20 have received scholarships and training after scouting programs conducted with local federations across the continent.  Four NBA Academy Africa graduates have gone on to commit to NCAA Division 1 schools.

The NBA has held three sold-out Africa Games, in Johannesburg in 2015 and 2017 and in Pretoria in 2018, in support of charities including UNICEF, the Nelson Mandela Foundation and SOS Children’s Villages South Africa (SOSCVSA).  Through NBA Cares, the NBA has created 89 places for children and families to live, learn and play in nine African countries.

About FIBA:
FIBA (FIBA.basketball) – the world governing body for basketball – is an independent association formed by 213 National Basketball Federations throughout the world. It is recognized as the sole competent authority in basketball by the International Olympic Committee (IOC). 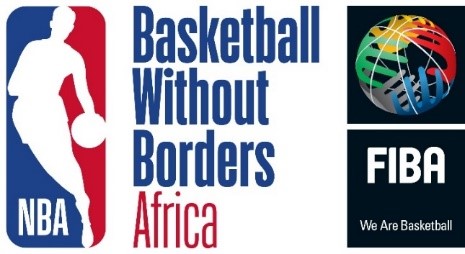