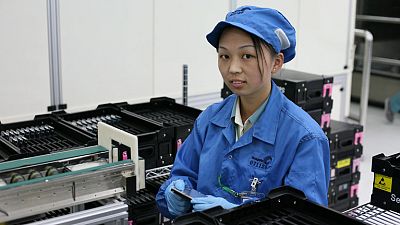 An ILO assessment gives the first global estimates of the distribution of labour income, and shows that pay inequality remains pervasive in the world of work. The findings are drawn from a new database which includes national, regional and global data.

What’s more, the lowest 20 per cent of income earners – around 650 million workers – earn less than 1 per cent of global labour income, a figure that has hardly changed in 13 years.

The new dataset shows that overall global labour income inequality has fallen since 2004. However, this is not due to reductions in inequality within countries – at the national level, pay inequality is actually increasing. Rather, it is because of increasing prosperity in large emerging economies, namely China and India. Overall, the findings say, income inequality remains pervasive in the world of work.

The Labour Income Share and Distribution dataset , developed by the ILO Department of Statistics, contains data from 189 countries and is drawn from the world’s largest collection of harmonized labour force survey data. It offers two new indicators for major trends in the world of work, at national, regional and global levels. One provides the first internationally comparable figures of the share of GDP that goes to workers – rather than capital – through wages and earnings. The second looks at how labour income is distributed.

“The data show that in relative terms, increases in the top labour incomes are associated with losses for everyone else, with both middle class and lower-income workers seeing their share of income decline.” – Steven Kapsos, Head of the ILO’s Data Production and Analysis Unit

Looking at the average pay distribution across countries, it finds that the share going to the middle class (the middle 60 per cent of workers) declined between 2004 and 2017, from 44.8 per cent to 43 per cent. At the same time, the share earned by the top 20 per cent of earners increased, from 51.3 per cent to 53.5 per cent. Countries where these top earners saw their share of national pay rise by at least one percentage point include Germany, Indonesia, Italy, Pakistan, the United Kingdom and the United States.

“The data show that in relative terms, increases in the top labour incomes are associated with losses for everyone else, with both middle class and lower-income workers seeing their share of income decline,” said Steven Kapsos, Head of the ILO’s Data Production and Analysis Unit. “However, when the labour income shares of the middle or lower income workers increase, the gains tend to be widespread, favouring everyone except the top earners.”

Poorer countries tend to have much higher levels of pay inequality, something that exacerbates the hardships of vulnerable populations. In Sub-Saharan Africa, the bottom 50 per cent of workers earn only 3.3 per cent of labour income, compared to the European Union, where the same group receives 22.9 per cent of the total income paid to workers.

Roger Gomis, Economist in the ILO Department of Statistics, said: “The majority of the global workforce endures strikingly low pay and for many having a job does not mean having enough to live on. The average pay of the bottom half of the world’s workers is just 198 dollars per month and the poorest 10 per cent would need to work more than three centuries to earn the same as the richest 10 per cent do in one year.”

The release of the new dataset follows a recommendation in the report of the ILO Global Commission on the Future of Work , which highlighted the need for new indicators to more accurately track progress on well-being, environmental sustainability, equality and a human-centred development agenda. The new dataset will also be used to monitor progress towards the United Nations’ Sustainable Development Goals  (SDGs).