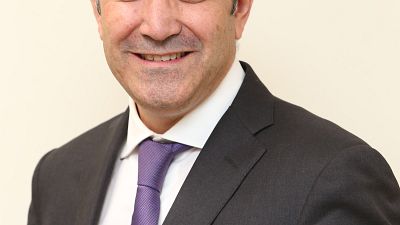 Farid Fezoua, President & CEO, GE (www.GE.com)  Africa was named as Co-chair of the U.S. President’s Advisory Council on Doing Business in Africa (PAC-DBIA) by U.S. Secretary of Commerce Wilbur Ross. PAC-DBIA members – representing small, medium, and large companies from a variety of industry sectors – advise the President, through the Secretary of Commerce, on ways to strengthen commercial engagement between the United States and Africa.

“The United States is making real progress in Africa, and we remain a strong, long-term, and stable partner in the continent’s economic development especially through the Prosper Africa initiative,” said Secretary of Commerce Wilbur Ross. “We are working to find solutions to transition aid-based economies to trade-based economies and to creating new pathways for mutually beneficial partnerships.”

U.S. Deputy Secretary of Commerce Karen Dunn Kelley publicly announced the new PAC-DBIA appointments in a keynote address at the Corporate Council on Africa’s U.S.-Africa Business Summit in Maputo, Mozambique, where business and government leaders from the United States and Africa are exploring business opportunities as well as discussing trade and investment policies.

The appointed members of the 2019-2021 President’s Advisory Council on Doing Business in Africa include:

The PAC-DBIA was established in 2014 to provide analysis and recommendations to the President, through the Secretary of Commerce, on strengthening commercial engagement between the United States and Africa. In its third term, 2019-2021, the PAC-DBIA will continue to play a critical role informing U.S. government policies and activities across the continent, particularly in advancing the economic pillar of the Trump Administration's Africa Strategy through Prosper Africa, which is a whole-of-government, economic initiative to substantially increase two-way trade and investment as well as support increased jobs in the United States and Africa. Prosper Africa demonstrates this Administration’s commitment to the growth of African countries and modernizes the way the government supports private sector opportunities.

Speaking on the appointment, Farid Fezoua said “It is a great honor to serve on the U.S. President’s Advisory Council on Doing Business in Africa. I am delighted to co-chair this group bolstering economic growth through commercial and investment activities between Africa and United States. In this role I am particularly enthusiastic to contribute to shaping the new ‘Prosper Africa’ vision in collaboration with the U.S. and African Governments. GE remains a committed partner in Africa's sustainable development and will continue to invest in people and infrastructure across Africa.”

About GE
GE (NYSE:GE) (www.GE.com) drives the world forward by tackling its biggest challenges. By combining world-class engineering with software and analytics, GE helps the world work more efficiently, reliably, and safely. For more than 125 years, GE has invented the future of industry, and today it leads new paradigms in additive manufacturing, materials science, and data analytics. GE people are global, diverse and dedicated, operating with the highest integrity and passion to fulfill GE’s mission and deliver for our customers. www.GE.com 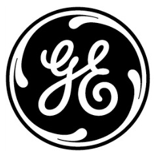