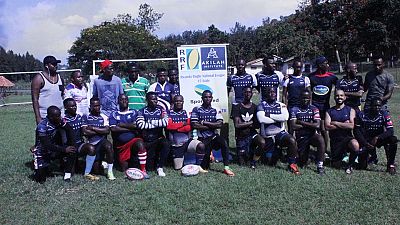 On the last Saturday 8th June 2019, two games played; one in Kigali, and the other in South. Muhanga Thunders RFC hosted UR Grizzlies RFC at Kabgayi Ground, Muhanga District. The game kicked off at 12:30AM, and Muhanga Thunders won with 17-03 UR Grizzlies. Afterward, at 3PM, Lions de Fer RFC played against 1000 Hills RFC at Red-Cross Ground/Kacyiru in Kigali, and 1000 Hills came up with the victory of 20-13 Lions de Fer. Actually, 1000 Hills RFC is definitely both the 1st team in the Zone of Kigali, and the 1st to qualify for ½ final games of Rwanda Rugby National League 2019.

Whilst the 2nd team in South will face 1000 Hills RFC (the 1st in Kigali), the first team in south will play against the second team in Kigali to be identified after the game of Kigali Sharks RFC Vs Lions de Fer RFC on 6th July 2019 at the Red-Cross Ground/ Kacyiru in Kigali.