Central Africa could be the continent’s rising star, thanks to the African Continental Free Trade Area 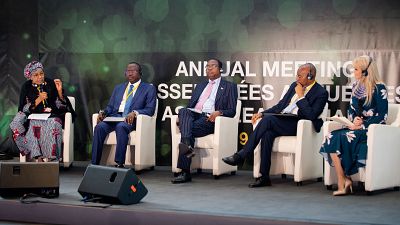 Hanan Morsy, Director of Research at the Bank, revealed the findings at the launch of one of the Bank’s flagship reports in Malabo, where the African Development Bank is hosting its Annual Meetings.

Morsy said Central Africa’s real income could increase by as much as 7% in one of the scenarios that researchers describe in the 2019 African Economic Outlook. By the same calculations, East Africa, currently the star performer on the continent, would experience an increase of around 4.2%, followed closely by North Africa.

The scenarios measure the potential outcomes of the AfCFTA, ranging from one (least impact) to four (greatest impact).

“While there are differences in gains, all African countries are better off with regional integration than without,” Morsy said.

Morsy said current levels of growth were not adequate to generate jobs for millions of unemployed Africans, but regional integration could stimulate the growth needed to make a dent in unemployment. Morsy said Africa needed to grow between 4% and 6% in order to turn the tide.

The Outlook predicts that Africa can add 4.5% to its GDP, provided that governments do away with bilateral tariffs and non-tariff barriers and keep rules of origin simple.

The launch included a panel discussion by Finance and Economic Planning Ministers, who are also Governors of the Bank.

Aïchatou Kané, from Niger, said the Economic Community of West African States, ECOWAS, was in the “fast lane” of integration and planned to have its own currency in 12 months.

Kané’s comments were echoed by Burkina Faso, Zimbabwe, and Tanzania who all agreed that integration would help the continent remain relevant as a global economic player.

Regional integration is one of the Bank’s High 5 strategic areas and the theme of the 2019 Annual Meetings. The AfCFTA is the cornerstone of the integration project. The AfCFTA was launched in March 2018 and the key 22nd ratification was received in April 2019. The next step is for African ministers of trade to work on how to facilitate the launch of the AfCFTA during a summit meeting on 7 July 2019.

The AfCFTA will constitute the world’s largest free trade area, consolidating an integrated market of 1.3 billion consumers with a combined gross domestic product (GDP) of about $3.3-trillion. It is estimated that Africa’s GDP growth could reach 6% a year with a borderless continent (UNECA).

The four-day Annual Meetings are being hosted in Malabo, the capital of Equatorial Guinea. More than 2,000 ministers, government officials, development partners and civil society representatives have gathered in the island capital to discuss Africa’s development agenda.

Download logo
Central Africa could be the continent’s rising star, thanks to the African Continental Free Trade Area