Businesses are at more risk of being sold counterfeit print supplies than ever before, according to a recent HP (http://www.HP.com) -commissioned study by Harris Interactive. Already costing the global economy $3 billion per year according to the Imaging Supplies Coalition, the growing risk of fakes is driven by an increasingly broad supplier ecosystem, lack of certainty by buyers that their purchases are genuine, and a lack of awareness of the risks of purchasing counterfeit goods.

“Every one of the key market indicators we monitor show a significant increase in the risk of counterfeit print supplies,” said Glenn Jones, Director Global Anti-Counterfeit Programme, HP. “For companies like HP, counterfeits undermine decades of focused research and testing aimed at creating superior ink and toner, and reliable, high-quality cartridges for our customers. For users, fakes cause a significant increase in print failures, low page yield, poor print quality, leaks and clogs, in addition to voiding hardware warranties.”

According to Harris Interactive surveys, the past four years have shown a 30% plus drop in companies working with a trusted, primary supplier, and a 27% increase in companies buying purely on availability. With a broader, less trusted supplier network, SMEs are losing the ability to discern the authenticity of their cartridges with absolute confidence. All regions heavily affected by counterfeiting, in particular the Middle East, Eastern Europe and Africa, with almost three quarters of businesses surveyed feeling confident their purchases were genuine.

While the market trends are concerning, HP and other Print OEMs are continuing their significant efforts to battle this issue by actively engaging with local authorities.  Across EMEA over the last five years, approximately 12 million counterfeits and components have been seized by local authorities, supported by HP. HP has conducted over 4,500 inspections of reseller stock and suspicious deliveries for customers.

Through HP’s Anti Counterfeiting and Fraud (ACF) Programme, the company also actively educates its customers and partners to be vigilant against fake printing supplies.

Recent successes across the EMEA region underscore the impact of these efforts:


Distributed by APO Group on behalf of HP .

About HP
HP Inc.(http://www.HP.com.) creates technology that makes life better for everyone, everywhere. Through our product and service portfolio of personal systems, printers and 3D printing solutions, we engineer experiences that amaze. More information about HP Inc.is available at http://www.HP.com. 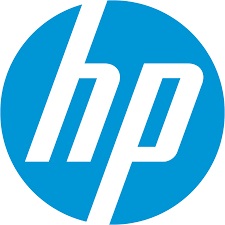