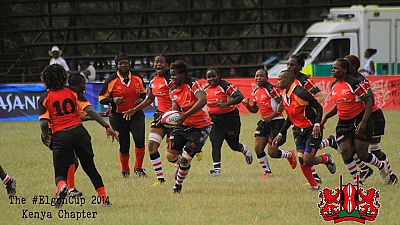 The provisional Kenya Lionesses 15s squad on duty this year has been named and it features a total of 40 ladies.

The ladies have been in session for the last one month preparing for Elgon Cup and the Rugby World Cup Qualifiers in August. As part of their preparation after World Rugby introduced the RWC Qualifiers tournament, the ladies started off with the three week long Aberdeen Shikoyi Franchise where for them to make the cut into the National 15s team, they had to participate in at least two legs.

Head Coach Felix Oloo started off with a 50-player squad which was then narrowed down to 40 after the first week of skills tests. Within the next three weeks, Oloo confirms that the performance has improved massively in the set pieces and in the backline.

“Given that we are in the same pool with Uganda in the RWC Qualifiers, the Elgon Cup match will come in very handy for us as we are able to gauge our performance,” said Oloo.

The ladies hold their training sessions every Monday, Wednesday and Friday morning at the RFUEA Grounds. The first Elgon Cup leg is on 22nd June in Kisumu and the return leg in Kampala Uganda on the 13th of July. The World Cup qualifiers will kick off one month after the Elgon Cup return leg and will run from the 9th to the 17th of August in Johannesburg. Kenya is in Pool A alongside Uganda, Madagascar and South Africa.