Flash Update: Floods in the South - West of Libya

This report is produced by OCHA Libya in collaboration with the inter sector coordination group and the humanitarian partners.

Highlights
• Heavy rains caused flooding and damage in several locations in Ghat municipality from 28 May to 5 June.

• Over 20,000 persons have been affected and about 2,500 are currently displaced to nearby areas.

• An Emergency Cell including the municipality, the local police and the Libyan Red Crescent, has been activated.

• Severe damage of roads, telecommunications, houses and farmland vital for livelihoods have been reported.

A wave of heavy rainfall and thunderstorm has hit the south western region of Libya. The rainfall commenced on the 28 May 2019 and intensified on the 2 June. The municipality of Ghat has been severely affected, including: Silila, Ta’ala, Ghat, Albakat, Saya, Alfiywat, Al-Sharika and Al-Siniyah. The rainfall and thunderstorm are expected to continue, decreasing in intensity in the coming days. The water levels have not receded and vary between 0.5 to 2 meters depending on the area. The municipality activated the Emergency Cell consisting of local authorities, police and the Libyan Red Crescent.

According to the local counterparts, over 20,000 people have been affected by the floods and an estimated 2,500 have been displaced to nearby areas. Most of the displaced families are hosted with relatives or sheltered in three schools habilitated by the municipality. Human casualties have been reported. To date, four died (including three children and one adult) and 30 people suffered minor injuries.

Severe damage to infrastructure and farmland vital for livelihoods were reported. Ghat hospital was partially flooded and service provision has been affected. The official exams for elementary and middle school scheduled for next week have been postponed. There is a risk of running out of fuel and domestic commodities due to the infrastructure damage. The airport remains operational.

The Emergency Cell reported displaced persons in remote locations who might need temporary accommodation, but numbers are still to be confirmed. Based on the magnitude of damage, they estimate that IDPs will be able to gradually return home within a month’s time. 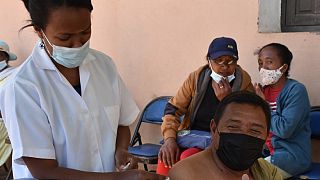 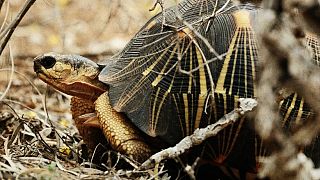