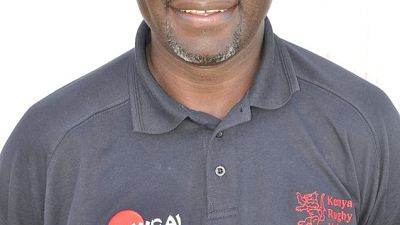 With the close of the regular fifteen a side season, the Kenya Rugby Union (www.KRU.co.ke) would like to announce the appointment of a technical team to manage The Simbas for the upcoming 2019 assignments.

Paul Odera comes in as Head Coach. Odera is currently the Head Coach for Chipu – the Under 20 National Team that recently qualified for the JWRT for the second time. First time was in 2009 when Kenya hosted the tournament. He holds a World Rugby Level 3 Coaching Certificate and is also a World Rugby Coach Educator.  He is a teacher at Peponi House Preparatory School.

Jimmy and Michael have worked together with Odera for the last four years as the management of Chipu. Ben Mahinda on the other hand has been part of the Lionesses technical team. Edwin Boit has worked with Chipu and Simbas in previous assignments providing comprehensive analysis of each player’s statistics after training sessions and matches. Albertus played in the Super Rugby back in 1996 before moving to New Zealand. He has coached Lenana School and is currently the Director of Sport at Crawford International School.

Odera’s philosophy is centered on accountability, mutual understanding and passion. Supported with resilience, discipline and a desire to contribute to others both on and off the field. The teams he coaches are typified as being disciplined, intelligent, well organized, skillful and creative as witnessed with Chipu. He has 20 years’ experience of and coaching in Independent Schools in Kenya, South Africa and New Zealand.

With the cancellation of the 2019 Rugby Africa Gold Cup competition, the team does not have many fixtures and the Union is working hard to fill the calendar. The Confirmed games for this season so far are Elgon Cup matches against Uganda on the 22nd of June in Kisumu and on 13th July in Kampala, Uganda.

On Saturday 1st June, KRU will hold trials at the RFUEA Grounds to select the provisional Simbas squad that will represent Kenya in the 2019 Elgon Cup fixtures. Other matches will be confirmed as the International season continues. The Union is keen to revive the Victoria Cup to fill the gap left by the cancellation of the Gold Cup.