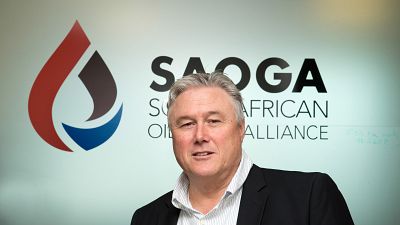 Capitalizing on the growing synergy between the two countries, the South African Oil & Gas Alliance (SAOGA) has invited South African oil and gas companies to explore opportunities in the Angolan market; South Africa is positioning itself as the preferred trade and investment partner to the Angolan government through commercial engagements in key economic sectors; SAOGA will host a day of workshops, deal-making and relationship brokering during the Angola Oil & Gas 2019 conference held in Luanda from June 4-6, which aims to attract investment to all segments of the energy chain.

In an effort to strengthen existing relations between the two countries and aid in the formation of commercial partnerships and joint ventures, the South African Oil & Gas Alliance (SAOGA) has encouraged South African oil and gas companies to explore opportunities in Angola and attend the Angola Oil & Gas 2019 conference in Luanda held on June 4-6.

Angola remains a strategic and significant trading partner to South Africa, as South Africa currently pursues an investment-led trade approach that aims to position the country as the preferred trade and investment partner to the Angolan energy industry. The involvement of SAOGA reflects growing interest from South African companies in entering the Angolan market, as well as the prioritization of economic cooperation between the two countries through trade and investment in targeted sectors.

The government of Angola has created visa-free travel for South African nationals as just one of several reforms implemented to foster intra-African cooperation. The country also passed a private investment law that eliminates the requirement for local partners to hold a minimum stake of 35 percent in the share capital of a company, in an effort to attract foreign direct investment and institutionalize economic changes that bring international companies into the market as solely owned foreign entities.

“SAOGA sees positive oil and gas opportunities in South Africa, Angola and Mozambique. As a result, we aim to take members directly to Angola to understand the opportunities on the ground and meet local project owners. There is an obvious synergy that exists between our members and the capacity and needs of the region, and SAOGA seeks to capitalize on that synergy,” said Niall Kramer, CEO of SAOGA, at a networking event on Thursday.

By bringing members of the organization to Angola, SAOGA aims to create a unique perspective on the opportunities that the country has to offer within the oil and gas sector, provide insights into upcoming projects and create engagements with local players that have the potential to develop into long-term partnerships.

In partnership with Africa Oil & Power, the official organizers of the conference, SAOGA will host a one-day workshop for members on June 3, in which the international oil companies operating in-country will present key projects and contracts for tender and solicit South African participation in present opportunities.

SAOGA is dedicated to promoting the upstream and midstream sectors of the oil and gas value chain, primarily in South Africa and regionally in Southern Africa. The organization operates as a partnership between the public and private sectors and receives public funding to carry out a range of industry development activities and working to promote the interests of members.