Africa Day – Afrika Vuka! Our future is at stake. We demand a fossil- free Africa!

Africa – On this auspicious day for Africans, people in their thousands, from all walks of life have united and gathered in more than 20 countries on the continent to show their support in the continual fight against fossil fuels and advocate for climate justice. S​ince its origins, AfricaDay has been a symbol of aspiration for self-determination against the exploitation of natural resources that has seen the continent in perpetual conflict and on the brink of a devastating climate crisis.

Regional Team Leader for 350Africa.org, Landry Ninteretse, said: “In the last few months, we’ve seen the climate impacts of Cyclone Idai and Kenneth in Mozambique, Malawi, Tanzania and Zimbabwe, droughts and floods in KwaZulu-Natal and Eastern Cape. With the exception of South Africa, African countries have done relatively little to contribute to climate change, yet are being severely impacted and have little to no resources to cope with the aftermath​. ​Less developed African countries are a natural disaster away from sinking into a negative loop of poverty and lack of access to social and economic opportunities, exacerbated by climate change​.

Participants from oil and coal affected communities including fishing and farming communities; women and youth renewable energy clubs; civil society actors; district leaders including environmental officers, community development officers and forestry officials; local government officials; cultural and religious leaders have all taken part in various activities to ​send a strong message that ​Africa doesn’t have to rely on fossil fuels to satisfy its energy demand​, but rather lead the world in the just energy transition powered​ by low-cost renewable resources.

“Fossil fuels have been identified as one of the primary drivers of climate change.” said Michael David Terungwa from GISEP, in Nigeria. “The people who mobilized for AfrikaVuka (https://AfrikaVuka.org) today are demanding a rapid phase-out of fossil fuel energy. Despite overwhelming evidence that continued fossil fuel use is killing the planet and many of us with it, ​investors appear dead set on enriching themselves at the expenses of billions of people. Those in power are doing nothing to stop this madness​, and are instead adding to it, claiming that more coal-fired power stations in Lamu, an official UNESCO Heritage site, and oil exploration in the DRC’s Virunga

National Park, a biodiversity hotspot, to name a few, are going to be good for development. We ask them ‘Whose development, exactly?’. ​There is a path for a just development that puts people, their safety and the resilience of the environment we all rely on at the center​”

The world has the technical and financial means to invert the trend in rising GHG emissions and temperatures. It is a critical time to re-think many of our systems, see the dawn of a new way of working, travelling, growing our food and producing our energy. What’s missing is the political will, which in turn can only be activated by a momentous growth of movements for climate action and social change.

As the least responsible for, but yet most vulnerable to climate change, Africa doesn’t need fossil fuels to reach its development. The activists and communities who mobilized today are calling for more ​African governments to follow upon the Climate Vulnerable Forum pledge made by 16 African governments in November 2016 to accelerate the transition towards an economy powered by 100% renewables.

Distributed by APO Group on behalf of 350Africa.org.

Notes to editor: + Events taking place on the continent

Who: On 25 May, Africa Day, thousands of people will participate in hundreds of actions in Africa in a regional mobilisation of distributed actions in towns and cities, universities, places of worship and community spaces to drive climate action within local communities – sending a clear message to governments that the science is clear, we have the momentum, the technology for the energy transition is ready and we demand bold action now.

What: Hundreds across the continent will be organising walks for renewable energy, mini-summits, concerts, women’s dialogues and youth festivals addressing issues of fossil fuels and the role of African leadership in this critical time.

When: Where: Saturday 25 May 2019
Ghana, Tanzania, Nigeria, South Africa, Ivory Coast, Kenya, DRC, Senegal Please see a map​ of where all the events will be taking place. (https://AfrikaVuka.org/homepage/#map)

Why: The mobilisation is not just about what’s decided in the corridors of power at summits and formal negotiations, but also about the wave of actions for real change that can be made in a local town, city, university, local institutions, place of worship or community. It’s up to us to make this more than a political flashpoint. Mobilising across the continent will send a powerful and necessary message that communities are rising up everywhere to stop fossil fuels and demand true climate action.

LIST OF PRIORITY EVENTS
TEACHERS TEACH: RENEWABLES FOR FUTURE GENERATIONS! 24 May
A Climate Change Conference for Green teachers from over 200 primary schools to empower educators to support the climate and social justice movement in Uganda

NGAJI OIL BLOCK STARTS TODAY! 25 May
On May 25, 2019, Center for Citizen Conservation (CECIC) will conduct community local screenings of an inspiring documentary of citizens resisting oil exploitation in the Niger Delta (Nigeria) in three schools and the surrounding community of the district of Kasese The screening aims at raising community awareness on the socio-economic and environmental impacts of oil and gas exploitation activities and mobilize communities to demand for an inclusive and just energy transition. They will be collecting additional signatures to the ongoing petition to the Ministry of Energy of Uganda to retract Ngaji oil block for licensing.

RENEWABLE ENERGY IS FOR ABUJA! 24 May
To both mark the Afrika Day of Action for a just transitioned and fossil-free Africa GIFSEP intends to mobilize at least 20 Senior Secondary Schools in FCT Abuja to spread climate conscious and justice awareness. 300 students will paint climate-conscious and justice messages on parachutes and deliver them, through a march to the parliament building and displayed at the Millenium Park Abuja. They will be passing a strong message to the members of parliament to pass the climate bill and lead Nigeria on the road to climate justice.

STOP ALL COAL PLANTS! 25 May
Kenya will join other African countries on the 25th of May in demonstrating the resistance against deadly fossil fuel business and advocating for a rapid integration of renewable solutions the changing tide of renewable energy into the national energy sector. There will be a march from Nyayo Stadium in Nairobi CBD to the Catholic University of Eastern Africa with an
AfrikaVuka festival, and will bring together leaders from state and local governments, business, inter-faith leaders and citizens to highlight the need to deCOALonize Kenya and creating awareness of the viable and needed shift to renewable energy.

COAL NI SUMU! COAL KILLS! LAMU SOLIDARITY! 25 May
300 people of Mombasa will march in solidarity with the anti-coal campaign deCOALonize of Lamu. They will be displaying placards and banners with fossil free and renewable energy demands for the government against the proposed Lamu Coal Plant.
Organiser: Maulidi Hamisi Mwinyikai
Contacts: +254 787 055712 kishokayouthorg@gmail.com

VIRUNGA! VIRUNGA STOP OIL EXPLORATION! 24 and 25 May
About 1500 people from the community in Goma as well as NGO leaders, women groups and youth are expected to demonstrate against the criminal destruction being implemented in Virunga park with the support of the Congo government. It will be the opportunity to collect signatures for the petition which was launched last year against oil exploitation.
A march will also be organized in Kinshasa to support community mobilization in Goma. It will start from “la place du cinquantenaire” and will end at “la place du souvenir” with 1000 participants expected.

SAN PEDRO DENOUNCES FOSSIL FUELS 25 May
San-Pedro activists and a network of 15 CSOs will break the silence around the San-Pedro coal plant project by mobilizing 500 citizens and local authorities to host an Open Forum to create awareness around the negative impacts of the proposed San Pedro coal plant. This mobilization will be an opportunity to share the conclusions of the research realized las last year to identify the potential impacts of the San Pedro coal plant and to popularize them.
This community mobilisation in San-Pedro will be amplified in Abidjan by a digital and the parachutes action to denounce fossil fuels and coal plant project in Ivory Coast.

THE CARAVAN TO BAN FRACKING! 24 MAY
Communities affected by mining, and those in support of these communities, will be marching to Constitution Hill to hand over a memorandum to the Minister of the Department of Mineral Resources. calling for a national ban on fracking in South Africa. Activists including farmers will be there in solidarity with the rest of the continent to call for the transformation of the energy sector to rely on Renewables.

Location:
The caravan leaves from Graaff Reinet to Johannesburg on 22 May Protest at Conhill, Johannesburg 24 May
Organiser: Chriszanne Janse Van Vuuren
Contacts: 0793867470 chriszanne@sclc.co.za

Picket at Seriti Mine whereby activists will deliver a memorandum with a press release, while doing a demonstration dumping coal ashes in front of Seriti Mine main gate.  -VEJA aims to raise awareness to the people of Vaal about the impacts of Particulate Matter (PM2.5 and 10) from the fly ash content produced by the coal mine and as a result, the poor air quality that poses health threats to residents in the Vaal Triangle Airshed Priority Area. 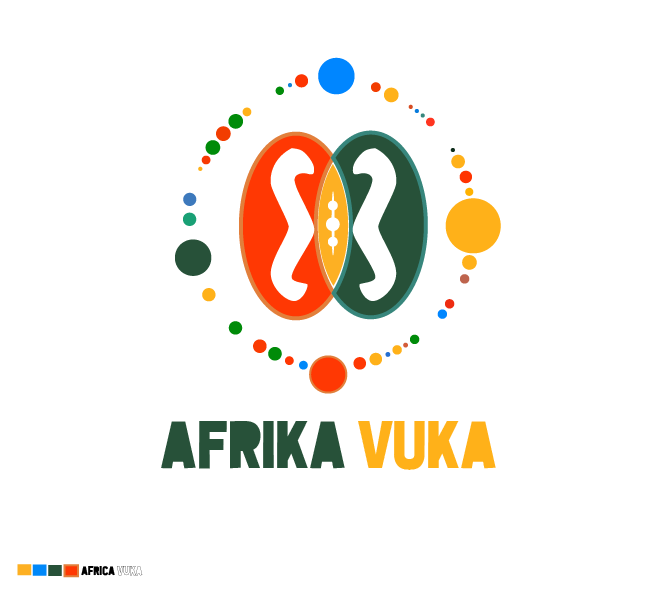