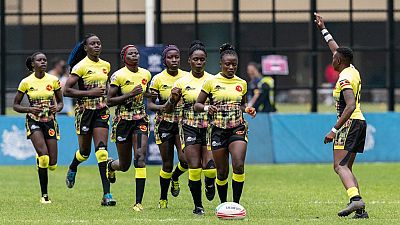 The Uganda Rugby Union welcomes the World Rugby campaign dubbed “Women in Rugby Global Marketing Campaign” that was launched on Tuesday 21st May, 2019. at its headquarters in Dublin.

“With a newly elected executive at Uganda Rugby – a renewed strategy is underway to push us through for next four years.

In tandem with World Rugby campaign launched yesterday ‘Women in Rugby’ brand identity and landmark global campaign ‘Try and Stop Us’ that is aimed at “driving increased participation and engagement among fans, audiences, players and investors in the women’s game ”, development and consolidation of Women Rugby in Uganda is our key focal point with a vision to see a self-sustaining women’s rugby and a good global ranking.

Women in Uganda Rugby will have equity going forward, this can be witnessed by the increased representation of women on our new executive, equal participation in strategy, planning and structures.” Godwin Kayangwe

The ladies in Uganda are highly involved in rugby starting with students from various regions in schools being introduced to tag rugby. The children in the community are also engaged in tournaments to help them grow their skills in rugby. We have registered success from ladies rugby like participating in international tournaments like Rugby World Cup 7s, HongKong 7s,  etc.