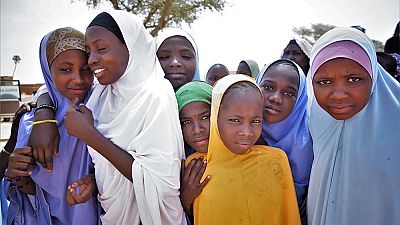 The International Organization for Migration (IOM) officially handed over last Friday (17 May) the Centre for the Prevention, Promotion and Protection of Children (CEPPP) in Matameye, department of Kantché, Zinder region, to representatives from the Ministry of Women Promotion and Child Protection (MPFPE) in Niger.

The centre was built and equipped through the project Assistance for Nigerien Returnees in Agadez and Zinder Regions (ANRAZ), funded by the Swiss State Secretariat for Migration (SEM) at the request of the MPFPE, to support local authorities in managing migration and protecting vulnerable persons, particularly children on the move.

Niger, considered a major migratory hub in West and Central Africa, is a country of origin, transit and destination for numerous vulnerable migrants. Both returnees and communities of origin are affected by migration, most migrants returning home deeply traumatized and ashamed to have caused financial insecurity for their communities.

Since 2014, beginning of the Algeria-Niger agreement, more than 35,000 Nigeriens have been repatriated to Niger, including close to 27,000 from the Zinder region. The persistence of this migratory phenomenon and the increasing number of repatriations have raised material, financial and humanitarian issues for Nigerien authorities.

To respond to this crisis, IOM started implementing the ANRAZ project in Niger in December 2017 and which is coming to an end in June 2019.  Its overall objective is to contribute to assisting Nigerien migrants returning in Niger. As part of the Migrant Resource and Response Mechanism (MRRM), the ANRAZ project supported the direct assistance of close to 13,000 Nigerien migrants returning from Algeria.

The Centre for the Prevention, Promotion and Protection of Children (CEPPP) is composed of two different cells: protection and communication, targeting behavioural change, especially among minors, through a variety of awareness-raising activities on migration risks. CEPPP social workers will also accompany families to ensure the appropriate reintegration of children returnees into their host communities.

Through the SEM funding, IOM supports the MPFPE by covering the salaries and training of four social workers working in the CEPPP and by covering the maintenance costs of the centre, thus allowing for a gradual transition of capacities from IOM to the MPFPE.

“We are very happy to have this centre. Before we were sharing an office with other departmental services,” said Abdoulaye, social worker at the CEPPP. “We now have a dedicated centre, where we can ensure the confidentiality of the interviews and services, while also welcoming beneficiaries in a child-friendly environment,” Abdoulaye added.

Through the ANRAZ project, IOM also organized several trainings in Niamey, Agadez and Zinder to strengthen capacities of local authorities related to migration management, the fight against irregular migration and the smuggling of migrants, as well as in the fight against trafficking in human beings, and the care of survivors of trafficking.

In Agadez, the ANRAZ project has also contributed to the on-site emergency assistance for Nigeriens returning from Algeria through the distribution of emergency shelters and non-food item kits.

In Zinder, the project has also supported the establishment of 31 cooperatives comprised of returnees and vulnerable community members. Through this assistance, 98 returned migrants and 156 members of their community have been trained in business management, which allowed them to develop community-based microprojects.

In spring 2018, two cooperatives were trained in traditional soap making and received the material needed to launch their business.