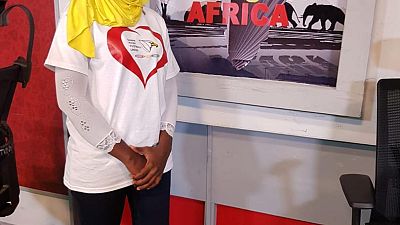 Mr Herbert Mensah, President and Board Chairman of Ghana Rugby (https://GhanaRugby.org/) (www.Ghana.Rugby) re-confirmed his commitment to the development of “Women in Ghana Rugby” following the announcement by World Rugby that a global campaign to revolutionise women’s rugby has been launched globally.

In the announcement by World Rugby the body said that it has launched a new ‘Women in Rugby’ brand identity and landmark global campaign ‘Try and Stop Us’ that is aimed at “driving increased participation and engagement among fans, audiences, players and investors in the women’s game.”

The global campaign of World Rugby was developed with the support of national unions and regions and it uses striking imagery and the inspiring stories of 15 women and girls involved in rugby at all levels of the game from around the world.

In his statement Mensah said that his administration has been placing a high emphasis on the development of women’s and youth rugby since he took over the running of Ghana Rugby on 5 June 2014.

“We believe we are the only Rugby Union in the world that has run a domestic league for the last two consecutive years that included both a men’s fifteens and women’s sevens tournament in one structure,“ Mensah said.

According to Mensah women’s rugby had basically “died” when he took over Ghana Rugby in 2014.

Mensah also said, “Today we have quite a few Clubs who are running a women’s programme alongside the men’s programmes. In addition, we have been developing the next generation women of Ghana Rugby through our youth development programme at schools that is underpinned by the World Rugby “Get Into Rugby” Programme.”

Ms Rafatu Inusah, who has been the driving force with Mensah to develop women’s rugby in Ghana, also issued a statement to laud and underwrite the World Rugby global programme.

The acknowledgement of the efforts and achievements of women in rugby is indeed a priority.

The endless efforts of women in rugby to push themselves through this amateur sports as people look at it as a sport for men/boys only but these warrior women went out of their comfort zones to tell the world, “Yes, we can and “Try and Stop Us”.

In Ghana, since the new administration came to existence,  coaching (Get Into Rugby) and officiating.

This, therefore, boosted the men and women who acquired this new knowledge and basic information to go through internships in various schools and communities to deliver rugby to the nation.

Kadija  Adams, for example, is a woman who is extremely devoted to the development of rugby and women’s rugby in general as she, in her pregnancy period, shows her love for the game by going to the schools to with me to train the students to play rugby.

We went over the barriers of religion to develop rugby and women’s rugby in general in the Islamic Schools as we are also Muslims.

Challenges we encountered as Muslims included that some did not want to allow girls to wear their “hijab“ to play. We, therefore, needed to change those perceptions of the Muslims and other communities.

Anita Attieku also followed the passion to develop rugby through the Get Into Rugby Program in schools and she was indeed a warrior with her performance to push up participants and figures.

Sandra Odame Siawa also made the move to develop women’s rugby through the Get Into Rugby Program In Zone 1.

Bernice Anako from CentWest also decided not to be left out and begun to do her part for rugby in the central and western Region with other men.

Currently, more wonderful women are desperately wanting to participate and develop women’s rugby because of the hard-working women above.

Today’s launching by World Rugby is indeed an incredible motivation as we in Ghana would be starting with women’s 15s league this year to enable us to participate in International Women’s 15s competitions along with the 7s competition.

About Ghana Rugby
Ghana Rugby (http://GhanaRugby.org) (www.Ghana.Rugby) is the official full member of both World Rugby (2017) and Rugby Africa in Ghana-West Africa and is responsible for the management and development of the Game Rugby Union in the country. The Union is governed by a Constitution and administers five KPAs (Key Performance Areas) namely: (1) Youth Development & Growth through the World Rugby “Get Into Rugby” Programme, (2) Women in Ghana Rugby, (3) Training & Education, (4) Domestic Competitions and (5) International Performance.