Mauritius Rugby (www.Mauritius.Rugby) participated for a consecutive year at the 9th edition of the Tournoi Saint Dévote in Monaco – a prestigious rugby tournament organized by the Fondation Princesse Charlène de Monaco. Twelve young Mauritians all aged U12 donned the national rugby shirt for the time ever.

Maurice wins the Shield Trophy at the Monaco tournament

The young Mauritians gained confidence during the competition although they were unable to defeat the clear favorites, England and the Top14 team RC Toulon who were physically much stronger. Going forward, through a display of skills, agility and speed, Mauritius won back-to back matches and eliminated other teams on their way.

Jean-Baptiste Gobelet – “The DNA of the game of Mauritius consists of speed and space.”

The National Technical Director of the Mauritius Rugby Union, Jean-Baptiste Gobelet who has accompanied the U12 players has seen tremendous progress compared to their participation in the 2018 tournament quoting – “The level was definitely higher compared to that of last year, the teams brought their armada. We felt lacking in terms of physicality of our team. This tournament is a global reference for the U12 category in rugby.  The coaches and Mauritian gauged their level against the best teams in the world. Our young boys showed character, were uninhibited and confident at those games, they won the Shield Trophy through a series of games of skills and discipline. The DNA of the game of Mauritius consists of speed and space. Playing against teams stronger than us was important in the course of our Olympic mission. We were able to play a good game against faster paced teams.”

Mauritius: the main attraction at the tournament

The Mauritius team’s remarkable performance got noticed on and off the pitch with our players being mobbed by the international teams present.

A true darling of the royal family, Mauritius has a very special place in the heart of the Prince and the Princess of Monaco. They were able to participate in all the activities of the Charlene Foundation in great spirits.

A unique experience that goes beyond sportsmanship

The Technical director added that the tournament at Monaco is a lifetime experience for the young Mauritian players: “Monaco is a unique experience for these young players that goes beyond sportsmanship. It contributes towards making them better players and better human beings through strong values such as sharing and team spirit in rugby. Our young Mauritians have been able to interact with many teams like the USA and will go home with memories engraved for life.”


Distributed by APO Group on behalf of Rugby Union Mauritius. 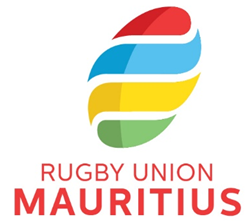