Mali: Displacement figure triples because of violence and military operations 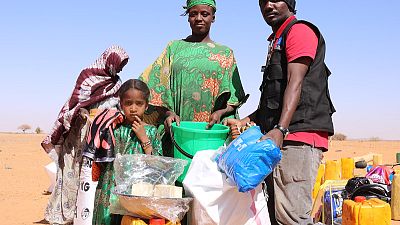 The number of people forced to flee their homes in Mali increased by 360 per cent last year because of violence and military operations, according to a new report by the Norwegian Refugee Council’s Internal Displacement Monitoring Center (IDMC). The number of people displaced has continued to increase in the first months of 2019 resulting in alarming humanitarian needs.

“We have never witnessed such high levels of displacement since the signing of the peace deal in 2015 and this is likely to worsen in 2019,” said Hassane Hamadou, Country Director at the Norwegian Refugee Council in Mali. “This year has already been marked by several attacks on civilians; those who survive often flee their villages, having lost their loved ones and livelihoods.”

This alarming trend of escalating displacement in central and northern Mali is mostly due to attacks by non-state armed groups, threats and intimidations, inter-communal conflicts and military operations. For the past year, the Norwegian Refugee Council has been raising the alarm about the rapidly deteriorating humanitarian situation in Mali and warned against the disproportionate military approach in the region.

“Civilians bear the brunt of the violence as well as of the military operations carried out in central and northern Mali. Protecting these civilians and responding to their basic needs must be a priority for the international community if we want to avert a humanitarian catastrophe,” warned Hamadou.

As of May 2019, less than 20 per cent of funds to respond adequately to humanitarian needs have been received. At this pace, millions of people in need will not receive humanitarian assistance in Mali this year. Against this backdrop, the humanitarian Rapid Response Mechanism is likely to exhaust its funds in the coming months. This is the second year in a row that new humanitarian needs exceed available resources