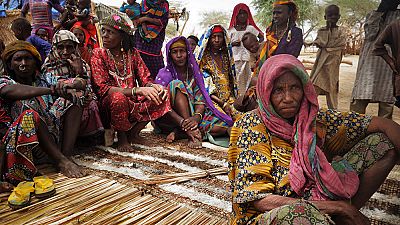 The International Organization for Migration is launching an emergency response project in the Tillabéry region in Niger with funding from the Government of Japan. The effort is designed to last for nine months and aims to provide 1,000 emergency shelters and 1,000 Non-Food Item (NFI) kits to 14,500 internally displaced persons (IDPs) and other conflict-affected households along the Niger-Mali border.

In coordination and cooperation with the Ministry of Humanitarian Action and Disaster Management, IOM also aims to improve the living conditions of the crisis-affected population through medical assistance.

Since 2012, the Tillabéry region in Niger has been impacted by ongoing violence and insecurity in its neighbor, Mali. That has led to the displacement of some 49,000 people throughout Niger.

The region’s state of emergency – coupled with ongoing military operations – increases local tensions. Last year, the United Nations Department of Safety and Security (UNDSS) recorded 97 security incidents in Tillabéry and the neighboring Tahoua region. Moreover, in the Tillabéry region from January to November 2018, a total of 377 protection incidents were reported, ranging from attacks to kidnappings.

IOM has been present in Niger since 2006 and has been active in emergency responses since 2013, providing shelters and NFI kits. IOM Niger also facilitates, as co-lead together with the Ministry of Humanitarian Action and Disaster Management, the coordination of the Shelter and NFI Working Group.

Most of the IDPs in the region are currently living in improvised shelters, close to villages or military barracks in the region. These are shelters improvised under very precarious conditions that lack basic items such as blankets, mosquito nets, mats or hygiene kits.

IOM’s main activities in the region so far have focused on social cohesion and border management. Since 2016, IOM Niger also has been operating a sub-office in the Tillabéry region’s Baleyara district, as well as in Tillabéry City since 2018.

Given the continued displacements in Tillabéry, international humanitarian aid is needed more than ever to address the ever-increasing needs of the vulnerable affected populations.

“Empowering people to articulate and respond to their own needs and those of others is crucial,” said Peter Kioy, IOM’s Emergency Response Coordinator in Niger. “The proposed intervention has been developed such that, in addition to providing immediate assistance to the vulnerable affected population, to contribute to building beneficiaries’ resilience and reducing future risks,” Kioy added.

The Protection Cluster estimates that in 2019, 195,000 persons will be in need of protection in both Tillabéry and Tahoua regions and that access to humanitarian assistance for the affected population will remain a challenge due to security risks and access, especially during the incoming rainy season.