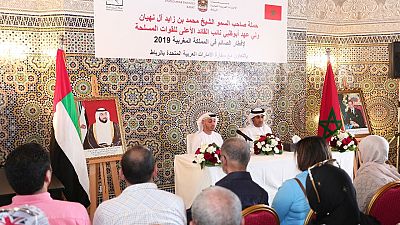 The 'His Highness Sheikh Mohamed bin Zayed Iftar Campaign 2019' has launched in Morocco.

Over 150 Moroccan charitable associations will take part in the campaign, to assist some 65,000 underprivileged families across the country.

The campaign will be carried out in three phases across the Holy Month of Ramadan. The first phase will help over 30,000 families in Morocco's eastern regions, while the second phase will support those in Rabat, Sala and Qunaitera. The third phase of the campaign will reach out to persons in need across the country's central, northern and southern regions.

Saeed Muhair Al Katbi, Acting Charge D'Affaires at the UAE Embassy in Morocco, said that the launch of the humanitarian campaign in Morocco marks 13 years since it was first launched. He went note that the campaign coincides with the 2019 Year of Tolerance, as declared by President His Highness Sheikh Khalifa bin Zayed Al Nahyan.