The consultations held with Ambassador Markos Tekle also included representatives from the Ministry of Finance and focused on deepening and strengthening bilateral development assistance between the two countries as well as cooperation on regional and international issues of mutual concern. The two sides agreed to work together in promoting trade and investment and encouraging new areas of cooperation.

State Minister Dr Marcos praised the long-standing relationship between Ethiopia and Japan, noting that Japan was a major development partners for Ethiopia, and thanking Japan for the development assistance it had extended to Ethiopia. He also briefed Mr Kono on the political and economic reforms Ethiopia has embarked on under Prime Minister Dr Abiy Ahmed, including the widening of political space, the expansion of media freedom and institutional capacity building.

Foreign Minister Kono emphasized his pleasure in visiting Ethiopia and commended the politico-economic reforms Ethiopia was undertaking. He said Japan fully supported Ethiopia’s efforts. He stressed the importance of enhancing trade and investment ties between Ethiopia and Japan. This would lay a strong foundation for mutually shared benefits to flourish between their peoples. He strongly commended Ethiopia´s constructive role in maintaining peace and security in Africa in general and in the Horn of Africa in particular, including its contribution to peace-keeping forces for the region and more widely. He also appreciated the role of Ethiopia, as chair of IGAD, on the realization of the Revitalized peace agreement in South Sudan last September. Mr Kono underlined Japan’s commitment to collaborate with Ethiopia and other stakeholders to encourage peace and prosperity in the region.

Mr Kono also gave details of preparations underway regarding the Tokyo International Conference on African Development (TICAD), whose seventh edition (TICAD-7) will take place in Yokohama from August 28-30, 2019.  He noted this would deliberate on private sector engagement to foster sustainable development of Africa in addition to focusing on peace and security matters. TICAD is a multilateral forum in which international agencies and financial institutions coordinate with African countries for the development of the continent. Dr Markos appreciated TICAD as being the earliest initiative focused on advancing Africa’s development. He expressed Ethiopia’s commitment to partner with the government of Japan in fostering TICAD and hoped the upcoming summit would provide a platform for Japanese investors to better understand the investment opportunities in Africa.

Ethiopia was the last leg of Mr Taro Kono's trip to Africa. He has previously visited Angola and South Sudan. While in Ethiopia, he also held talks with the Deputy Chairperson of the African Union Commission, Thomas Kwesi Quartey, at AU headquarters. The AU is one of the co-organizers of TICAD.

Distributed by APO Group on behalf of Embassy of the Federal Democratic Republic of Ethiopia, London, UK. 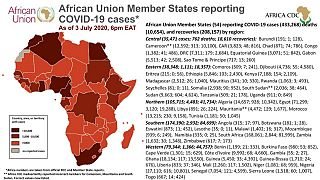