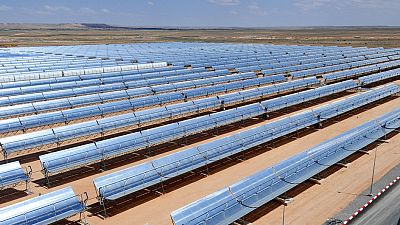 UN Secretary-General António Guterres has called for a “quantum leap” in funding for development and climate change for Africa, speaking to journalists on Monday, following the plenary meeting of the latest United Nations-African Union (AU) Conference, which took place in New York.

Mr. Guterres declared that the Organization’s work to promote peace and security, human rights, development and climate action, can only progress in Africa if the UN works hand in hand with the AU.

The UN chief emphasised the “alignment” between the UN’s and African Union’s respective plans to ramp up inclusive and environmentally responsible economic development: the UN’s 2030 Agenda for Sustainable Development, and the African Union’s Agenda 2063.

The common battle they face, he continued, is to secure the necessary financing for development, particularly for Africa. Mr. Guterres said that development there is a “fundamental precondition” for a more peaceful world, and for well-managed migration, and, therefore, that improved funding is “in the interests of the whole international community.”

A joint communiqué released on Monday by the UN and African Union welcomed the “strong cooperation and collaboration between the two organizations”, and committed to continue to work closely together in addressing peace and security issues, and achieving sustainable development issues in Africa.

The communiqué described the UN Climate Action Summit, which will take place in September, as “critical to mobilize the needed partnerships, resources” necessary to achieve international climate action goals, and noted the agreement of the leaders of both organizations to further strengthen their cooperation on adaptation for climate change ahead of the Summit and beyond.