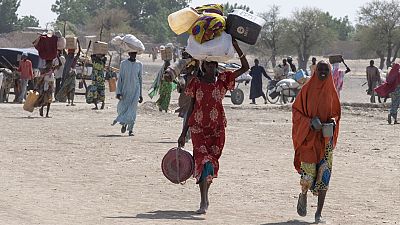 The UN human rights chief on Monday welcomed Cameroon’s willingness to cooperate over finding workable solutions to “major human rights and humanitarian crises”, caused by months of serious unrest and violence across the west and north of the country.

The announcement came after the UN High Commissioner for Human Rights, Michelle Bachelet, concluded a visit to the West African country. During three days of meetings and consultations in the capital, Yaoundé, she met President Paul Biya to discuss the human rights challenges facing the country, and initiatives the Government has taken to deal with them, as well as their broader linkages with peace, security and development.

“I believe there is a clear – if possibly short – window of opportunity to arrest the crises that have led to hundreds of thousands of internally displaced people, as well as the killings and brutal human rights violations and abuses that have affected the northern and western areas of the country,” Ms. Bachelet said in a statement.

Warning that it will not be an easy process, Ms. Bachelet stressed that “it will take significant actions on the part of the Government, and substantial and sustained support from the international community – including us in the UN.”

With ten or more separatist movements in the North-West and South-West region, the situation could spiral “completely out of control, if measures are not taken to reduce tension and restore trust”, said Ms. Bachelet underlining that it’s essential to tackle root causes of violence, for the sake of long-term stability.

Reported cross-border incursions by armed groups and criminal organizations along Cameroon’s border with the Central African Republic (CAR), as communities continue to be terrorized and attacked by Boko Haram, and other extremist organizations, are a persistent challenge.

Cameroon is also hosting hundreds of thousands of refugees from the Central African Republic and Nigeria.

“In several regions, civilians and soldiers have been killed and mutilated, and entire villages have been burned.  Children have been abducted and forced to join the armed groups and have even been utilized as unwitting suicide bombers by Boko Haram”, she said.

“In the two western regions, schools, hospitals and other key infrastructure has been targeted and destroyed by the various separatist groups; and government employees, including teachers who have dared to continue teaching, have been targeted and killed or abducted”, the statement said.

With everyone – Government, opposition and civil society – in agreement that Cameroon is facing the most serious set of crises it has seen in years, and that they need to come to an end as soon as possible, the statement added that “everyone can make important contributions to a drive for peace, if they can discuss options openly and freely.”

The UN human rights chief also offered to provide advice and assistance to the Government, to help ensure military operations are in compliance with international human rights standards and violations are prevented, when military forces are engaged in counter-terrorism operations and combat against armed groups.

Saying that this was a first step to the restoration of peace and security, Ms. Bachelet concluded that “the stakes are high, not just for Cameroon itself, but for the whole region.

Download logo
Refugees from Nigeria arrive in the Cameroonian village of Goura in January 2019 following armed attacks by extremists.