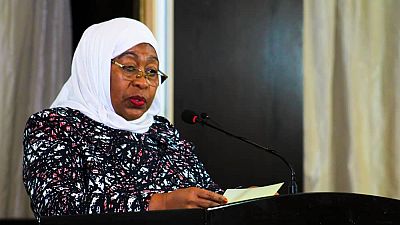 Natural resources form a core pillar of Tanzania’s economy and play a pivotal role in sustaining the livelihoods of its citizens, however a new World Bank report warns that the country has only a rapidly shrinking opportunity to harness these endowments against serious risks posed by rapid population growth, economic growth, increasing urbanization, and climate variability and change.

“The impacts of these factors are intensifying and have resulted in significant loss of ecosystems, competing demands for land and water, and environmental pollution,” says Daniel Mira-Salama, World Bank Senior Environmental Specialist and co-author of the Country Environmental Assessment published today.

Tanzania hosts one of the largest poor populations in Africa, with approximately 21.3 million citizens living below the poverty line, many of them depending on natural resources for their livelihoods. Competing demands for and open access to many of Tanzania’s natural resources are causing the resources’ degradation and are limiting their ability to continue to provide goods and services.

“The challenges are surmountable if tackled effectively and the underlying causes and drivers of environmental degradation are addressed strategically. Connecting the dots between deforestation in upper catchments and a higher flood risk in a coastal city, or between illegal ivory trafficking and a lower number of international tourists visiting the country requires multisectoral cooedination and a common, integrated approach to development,” says Bella Bird, World Bank Country Director for Tanzania, Malawi, Somalia and Burundi.

“As a people, we are growing more alert to the challenges and oppportunities that we have as a country, and conserving our natural resources and environment has gradually scaled up the priority list,” says Hon. January Makamba, Minister of State for the Environment and Union Affairs. “We are building commitment and we are appreciative of the support from development partners, including analytical work in this kind of report.”

More “traditional” environmental and natural resources challenges include degradation of land and water resources, deforestation, and biodiversity loss. They are most relevant for rural areas, where natural resources are subject to competing demands. Other challenges are pollution-related, more frequently associated with urban settlements, industrialization, and agglomeration, some of which have only recently emerged. Continued population growth, economic growth, an increasing urbanization rate, and climate variability and change will further compound these challenges.

The Country Enviornmental Analysis was prepared in close coordination with the Government of Tanzania and with support from the Swedish Embassy and SIDA. It analyzes critical environmental and natural resources management challenges, and provides policy recommendations on how to address them.

The report suggests different development paths for Tanzania. The country’s ‘wildlife economy’ and the ‘blue economy’ are highlighted as being key for conserving the country’s biodiversity and marine and freshwater resources, as are resilient landscapes. Rural areas that successfully balance ecosystems, economic, and social functions are more resilient to shocks and uncertainties. Access to modern fuels and low impact urbanization can have immediate positive impact on ecosystems and human health.

At the same time, Tanzania’s urbanization needs to be compatible with environmental targets to limit pollution, promote sustainable living conditions, and create infrastructure and transport systems that are resilient to climate change. The benefits of a non-polluted environment are many, and become essential if the country is to further develop in a sustainable way. Tanzania’s institutions therefore need to be strengthened for improved environmental management.

Distributed by APO Group on behalf of The World Bank Group.
Media files