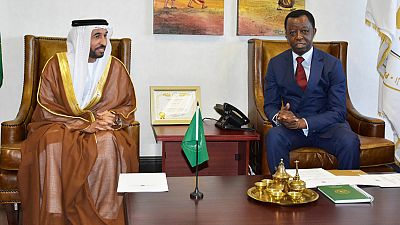 During the meeting, Al Hamli expressed his thanks to the Pan-African Parliament for the positive response to the request of the Federal National Council as an observer member in the African Parliament.

He emphasised that the UAE enjoys a strong relationship with the African continent, supported by the vision of the UAE's Founding Father, the late Sheikh Zayed bin Sultan Al Nahyan, and continued by the country's wise leadership to strengthen ties between the Middle East and Africa and to achieve peace and stability.

The ambassador reiterated the UAE's keenness – as an observer member – to expand cooperation with the African Union via the African Parliament. He also reaffirmed that enhancing cooperation will have political, economic and social value for both Africa and the UAE.