After 5 years of existence, Kotula distributes more than 350,000 meals per year to the most disadvantaged people in Soweto and aims to double this number by 2021

Independently funded for the last 5 years, Kotula is now taking a new step in its development and is looking for investors to support the expansion of all its charitable projects.

Kotula is a Corporate Social Responsibility initiative (CSR), launched in 2014 by Adam Ginster, founder and CEO of the executive search firm Evolve South Africa (www.Evolve.za.com), based in Johannesburg. Kotula is a community development programme, operating in partnership with Diakonia Aids Ministry, a registered non-governmental organization based in Soweto, as well as other institutions in Johannesburg, South Africa.

The main ambition of Kotula is empowering orphaned and vulnerable children (OVCs) as well as women and the elderly residents in the community of Central Western Jabavu, Soweto, affected by HIV, domestic violence and poverty. Responding to the direct and specific needs of this community, Kotula's services include food security, a children’s dance academy, as well as outreach programmes.

Use unitized land to fight malnutrition

Adam Ginster's ingenious idea was to develop abandoned land in Soweto to produce organic vegetables that will contribute to providing balanced nutritional meals to the most -needy in the communities. Having initially identified available land, the soil of which was then tested for farming at the South African Department of Agriculture, Adam then borrowed a tractor from Mavuso Msimang a Director of one of Evolve’s major clients, to begin farming. From here, volunteers in the community were identified and employed by Evolve, trained as farmers by the Department of Agriculture, and then paid monthly salaries to take full responsibility for the management of the farms. Since its inception, Kotula has launched a total of 14 farms.

Kotula’s Dance Academy supports 50 children with bursaries provided through Katz School of Dance, based in Bryanston, Johannesburg, every weekend. The children performed their first play, The Mini Lion King, at the University of Wits Theatre in Johannesburg, which was an incredible achievement and received standing ovations. Kotula and Katz are currently designing the next theatrical production, which has just been decided upon as ‘Black Panther’. “Theatre is a great way for children to not only express themselves but also to gain self-confidence and discipline, and above all else hope and wellbeing.  We have an exciting new show in Black Panther that we are busy designing with plans to take it overseas on an international tour to the UK in December 2019” says Adam Ginster, Kotula Founder.

All the programmes provided by Kotula are exclusively funded by Evolve, who get great support from Diakonia AIDS Ministry, in Soweto. In order to carry out its projects, Kotula employs 15 full-time staff in its food security programme, including 13 farmers and 2 general managers; and recruits volunteers from neighbouring communities and various schools in Johannesburg including St Stithians and Redhill to assist with the preparation of land for farming, who have all been a tremendous help. In addition, they receive farming training through the Department of Agriculture, who have been very supportive as well as the local Councillors in the Jabavu/Soweto region. “The first response to human suffering must be solidarity, which we can all do, which even in Kotula's case as we only have limited financial and human resources, it goes to show that where there is belief and total commitment, a little can go a long way in supporting those less fortunate than ourselves. We have been operating for almost 5 years and have demonstrated a track record of sustained success and growth. In order to continue our development and momentum, we are now seeking funding that will allow us to invest in developing and managing more farms and developing other support programmes that will include education, music and sports” added Adam Ginster.

…..that has already set up major projects

The feeding programmes support 5,000 children by feeding them twice per week, as such Kotula makes up to 10,000 meals per week during the summer months when farms are producing at maximum output, this falls to roughly 50% production during the winter months. The organisation also supports the elderly in the communities with food sourced via farming programmes as well as via additional food items acquired.

In addition, Kotula organizes activities for children that allows them to regain confidence in their lives; for example 350 children were hosted by Evolve at the Johannesburg Zoo for a Christmas celebration and 500 children were also hosted at the Walter Sisulu Botanical Garden in Johannesburg. These events, were extraordinarily rewarding for the children, whereby the most fundamental learning for Adam and his team was that the children felt on these occasions a true sense of belonging and love, which is the most important gift. Needless to say, these events were epic to organise, which included logistics, insurance, paramedics/medical, activities and management etc.

Kotula initially focused on the essentials by giving children the opportunity to enhance their diet so that they are able to carry-out full lives including being able to concentrate in class.  Kotula is now planning to continue its support by expanding its programme to focus on education; which is the absolute objective of Kotula, i.e. so that they help to emancipate the children by unlocking the gateway to their futures. As such the organization is now looking for potential financial partners. The financial assistance sought will enable Kotula to ramp-up its food production, which will enable it to sell the additional crops produced to the local communities to turn profits which will then be used to finance the programmes and critically make them self-sustaining entities which is the end game!  As such, Kotula is currently being transitioned to a Non-Profit Organisation (NPO) where its future will be as a stand-alone, independent For-Profit organisation.

Kotula by June 2019, will transform into an NPO called KO2LA, which means “to harvest”. By the end of 2019, KO2LA is targeting the production of 20,000 meals per week through its food security programme, as well as capacitating Early Learnings Centres of Development (ECD) in the local communities that it feeds, as well as its intension to take the dance academy’s Black Panther theatre production overseas on a tour to the UK and possibly the US.

Distributed by APO Group on behalf of Kotula. 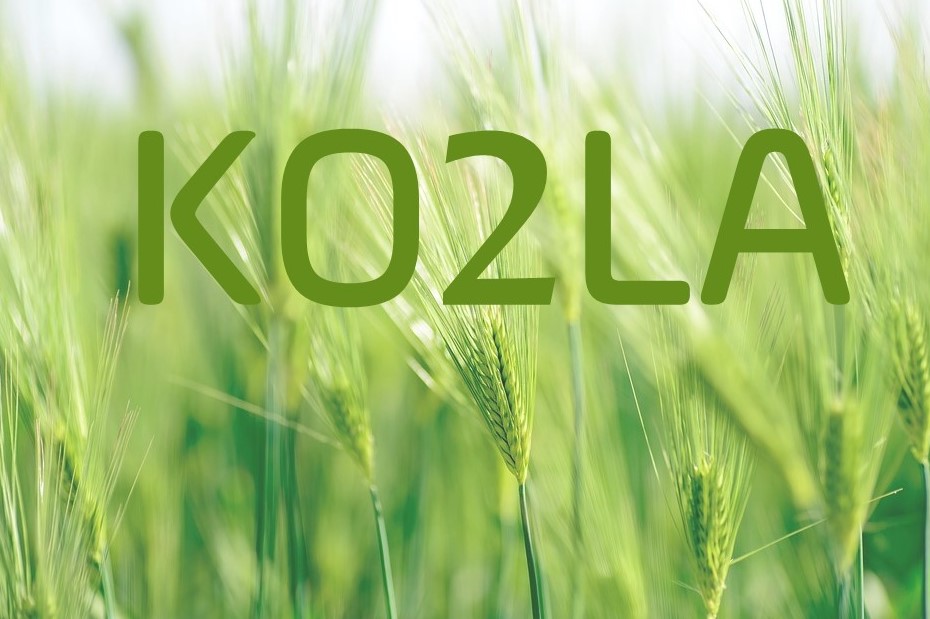