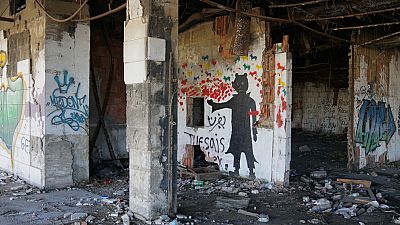 Nearly three weeks since fighting began near the Libyan capital Tripoli, the UN health agency warned on Tuesday that “large numbers” of people are sheltering in medical clinics, while civilians continue to be killed or injured, and refugees and migrants remain exposed to clashes.

“The latest figure as of last night is 264 dead and 1,266 wounded”, World Health Organization (WHO) spokesperson Tarik Jasarevic told journalists.

Of that number, 21 civilians had perished and 69 had been injured since 5 April, he said, amid concerns that the conflict between the UN-recognized Government of National Accord (GNA) and the self-styled Libyan National Army (LNA) – led by General Khalifa Haftar – risks becoming bogged down.

In the past two weeks, UNHCR has moved 541 vulnerable refugees from the detention centres of Ain Zara, Qasr Bin Ghashir, Abu Selim and Janzour, to a safe location in central Tripoli. These detention centres are in “areas which are very close to the ongoing fighting and clashes”, Mr. Baloch explained.

And despite fighting and access problems, the agency evacuated more than 160 refugees from Libya to Niger last Friday, Mr. Baloch said.

To respond to growing needs – and some 32,000 people displaced by the violence - WHO is recruiting additional specialized emergency medical teams to be deployed to Tripoli-area hospitals.

“WHO staff have been visiting health clinics in areas where large numbers of displaced people are sheltering, to ensure that those health facilities have what they need to treat the displaced,” Mr. Jasarevic said, while noting that 11 ambulances have so far been damaged since the onset of fighting, in contravention of international humanitarian law.

“Through the Tripoli Flash Appeal, the humanitarian community urgently calls for $10.2 million to continue its work in helping conflict-affected people in Libya,” OCHA said in a statement, noting that just six per cent of the total had been received.