UNHCR, WHO Commend Egypt's Inclusion of Refugees in "100 Million Seha" 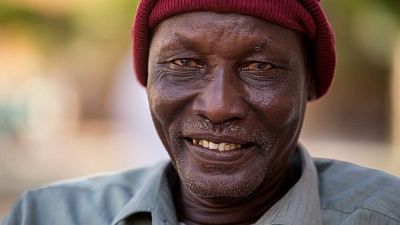 UNHCR, the UN Refugee Agency, and WHO, the World Health Organization, commend Egypt’s extension of the “100 Million Seha” campaign to include refugees and asylum-seekers in Egypt in the new phase.

The “100 Million Seha” campaign, which kicked off at a national scale in October 2018 under the auspices of President Abdel Fattah El-Sisi, aims at detecting and eliminating Hepatitis C in Egypt by 2023. The campaign has started providing free tests to all foreign nationals in Egypt including refugees and asylum-seekers as of 17 March 2019, with the first refugee receiving free Hepatitis C medication a week later.

“UNHCR is very grateful to the hospitality the Egyptian Government and people have shown towards the refugee population in Egypt. In addition to granting refugees and asylum-seekers access to the public health care system in Egypt on equal footing as Egyptians since 2016, the recent inclusion of refugees in this nation-wide campaign only reflects Egypt’s long-standing tradition of hospitality towards people seeking protection and safety within its borders,” says Mr Karim Atassi, UNHCR Representative to the Arab Republic of Egypt and to the League of Arab States.

In addition to Hepatitis C, the campaign’s check-ups include body mass index, glucose and blood pressure tests and will provide free Hepatitis C treatment to the positively diagnosed on equal footing with Egyptian nationals.

“Working closely with the Ministry of Health and Population (MoHP) and relevant partners ensures that people living with hepatitis C are aware about their status and linked to treatment free of charge. This is a real example for health to all by all as a lead way to universal health coverage in Egypt. WHO will keep supporting MoHP to ensure the elimination of hepatitis from Egypt as well as to support the public health needs, which remain  our role,’’ says Dr. Jean Jabbour, WHO representative to the Arab Republic of Egypt

UNHCR and WHO work closely with their partners to coordinate all preparatory clinical and laboratory assessments for refugees suffering from Hepatitis C, and will follow up with lab assessments during and after the treatment offered by MoHP through the treatment clinics of the national committee for control of viral hepatitis, including after care upon the completion of the treatment.

Download logo
UNHCR, WHO Commend Egypt’s Inclusion of Refugees in