The Minister of Mines and Hydrocarbons of Equatorial Guinea,  H.E. Gabriel Mbaga Obiang Lima is on a visit to Doha this week where he notably met Dr. Yury Sentyurin, Secretary General of the Gas Exporting Countries Forum (GECF), in anticipation of Equatorial Guinea hosting next November the GECF’s 5th Gas Summit and 2nd International Gas Seminar.

The Minister also delivered an official invitation from President Obiang Nguema Mbasogo to His Highness the emir of Qatar Sheikh Tamim Bin Hamad Al Thani to join the historic event in Malabo on November 26-29, 2019.

This will be the first time that the GECF Summit is hosted on the African continent, as part of Equatorial Guinea’s Year of Energy which already saw the APPO Cape VII Congress & Exhibition conclude last week in Malabo. The event saw over 1,000 delegates participating, including African ministerial delegations from APPO member countries and African national oil companies.

The hosting by Equatorial Guinea of the GECF’s summit comes at a time when the country is leading Africa’s gas revolution and when the continent gets ready to welcome new global LNG exporters like Mozambique and Senegal.

“I am honored to bring a message from H.E. President Obiang Nguema Mbasogo to Qatar. President Obiang believes that our collaboration with the Gas Exporting Countries Forum is good for our economy and gives us more possibilities to grow a strong gas economy that creates jobs, gets people out of poverty and grows the middle class,” said H.E. Gabriel Mbaga Obiang Lima

“Bringing heads of states from Gas exporting countries to Malabo to agree on important gas issues is an honor for Equatorial Guinea. We will work with other nations and the private sector in particular to harness greater collaboration to monetize our gas,” added Minister Obiang Lima.

On April 1st 2019, Equatorial Guinea took a major step towards the establishment of Africa’s first ever gas mega hub by signing Definitive Agreements worth $350 million with the country’s major operators to monetize gas from the Alen Unit operated by Noble Energy, Glencore, Atlas-Oranto Petroleum and Gunvor. The Agreements notably include a commitment to tolling the gas from the Alen Unit through the Alba Plant liquefied petroleum gas (LPG) processing plant and will allow to keep operating the EG LNG plant at maximum capacity for several more years.

Equatorial Guinea is also spearheading the LNG2Africa initiative seeking to promote the use of African gas within Africa. The country recently introduced a new measure by which all future final investment decisions for gas projects will need to include 25% of produced LNG sold within Africa.

As Equatorial Guinea hosts the GECF Summit, the Forum’s African family is also growing and welcomed last year Angola as its newest member and Africa’s sixth after Algeria, Egypt, Libya, Nigeria and Equatorial Guinea. The upcoming gathering of officials from GECF member countries next November is expected to provide a boost to international gas cooperation while putting a highlight on the potential of Africa’s gas sector.

Distributed by APO Group on behalf of Ministry of Mines and Hydrocarbons, Equatorial Guinea.
Media files 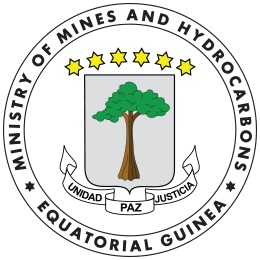