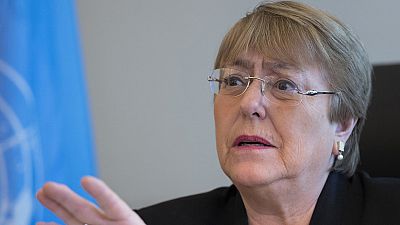 Sudan’s authorities have an “over-arching responsibility” to protect protesters, UN High Commissioner for Human Rights, Michelle Bachelet, said on Tuesday, amid reports that 70 people have died in the latest anti-Government clashes.

The UN rights chief’s comments follow concerns about the reported use of tear gas and live ammunition by security forces against demonstrators in mass-protests that began last December, over rising food and fuel prices and deteriorating living standards.

According to news reports, heavy gunfire was heard outside the Sudanese army headquarters on Tuesday, where thousands of protesters have been staging a sit-in over the past three days, calling for an end to President Omar al-Bashir’s three-decade rule.

Spokesperson for the High Commissioner (OHCHR), Ravina Shamdasani, reiterated Ms. Bachelet’s “serious concern at the use of excessive force” by Sudanese security forces, adding that her office had documented “many killings” since the situation deteriorated.

“Clearly a lot of people have died,” Ms. Shamdasani said, noting how difficult it was to verify numbers, or who was responsible, since various parts of the country’s security forces appeared to be “taking different sides”.

“We have been in touch with the authorities and they have actually invited our office to visit and we are in discussions with them about this,” she said. “We are again calling on the Government and security forces to ensure that the right to peaceful assembly is fully respected and the right to freedom of expression is respected, and that a genuine dialogue is undertaken to resolve this very complex situation with very real economic and social grievances of the public.”

The High Commissioner’s appeal follows the announcement by UN Secretary-General António Guterres on Monday, that he was following the demonstrations in Sudan “closely”

In a statement, Mr. Guterres appealed to all actors to exercise “utmost restraint and avoid violence”, while also calling for the release of detained protesters.

While affirming that the United Nations “stands ready to support any efforts agreed by the Sudanese to peacefully resolve the current crisis”, the Secretary-General further called on the Government of the Sudan to create a “conducive environment for a solution to the current situation and to promote an inclusive dialogue”. 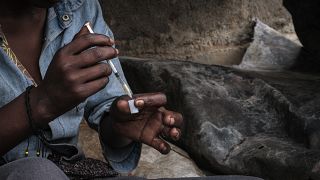