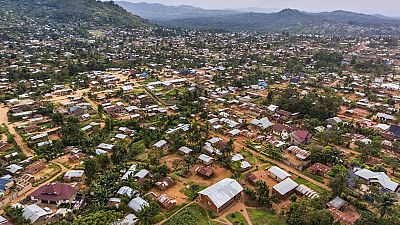 Knowledge gained following the 2014–16 West Africa Ebola outbreak identified a number of challenges survivors face, including reduced or blurred vision stemming from inflammation of their eyes. About 20% of survivors from that outbreak had some form of eye problem.

By identifying and treating these problems early, serious consequences, including blindness, can be averted. With the Ministry of Health of the Democratic Republic of the Congo (DRC), the World Health Organization recently organized an eye clinic to check on the eye health of survivors of the current Ebola outbreak.

The clinic was held in Beni, DRC, one of the affected areas, from 25 March to 1 April. In addition, an eye clinic in Butembo, another affected area, was equipped so that they can provide this specialized care to survivors there. This is the first time in an Ebola outbreak that follow-up for eye care has happened so soon after survivors have been released from care.

Over 250 survivors were seen. The team noted that complications such as uveitis were observed at lower rates compared to cases from the 2014–16 West Africa Ebola outbreak. So far only one survivor had eye complications that may be linked to Ebola.

As part of the programme, international specialists trained 10 Congolese ophthalmologists on how to identify and treat Ebola-related eye issues. Feedback from participating national healthcare providers and enrolled survivors was overwhelmingly positive.

Next steps will be to continue to follow up with survivors, at the clinics held each month, where they are provided medical, biological and psychological care. There are currently over 300 survivors registered in the follow-up programme.