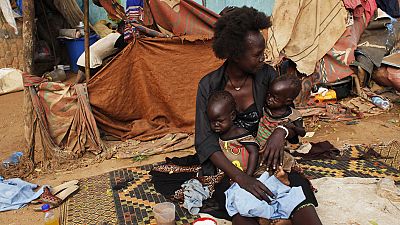 The Food and Agriculture Organization (FAO), World Food Programme (WFP) and EU “Global Report on Food Crises 2019”, shows that the number going chronically-hungry has remained well over 100 million over the past three years, with the number of countries affected, rising.

According to the report, nearly two-thirds of those facing acute hunger come from just eight countries: Afghanistan, the Democratic Republic of the Congo, Ethiopia, Nigeria, South Sudan, Sudan, Syria and Yemen. And although there were 11 million fewer people believed to be in food crisis in 2018 compared with 2017, in 17 countries, acute hunger either remained the same or increased, the report indicates.

Moreover, an additional 143 million people in another 42 countries are just one step away from acute hunger. Climate and natural disasters pushed another 29 million people into acute food insecurity in 2018, says the report, and that number excludes 13 countries – including North Korea and Venezuela – because of data gaps.

“It is clear from the Global Report that despite a slight drop in 2018 in the number of people experiencing acute food insecurity – the most extreme form of hunger – the figure is still far too high”, said FAO Director-General, José Graziano da Silva, speaking at a two-day conference to discuss the findings, in Brussels.

“We must act at scale across the humanitarian-development-peace nexus to build the resilience of affected and vulnerable populations. To save lives, we also have to save livelihoods”, he added.

While critical to saving lives and alleviating human suffering, humanitarian assistance does not address the root causes of food crises, WFP Executive Director, David Beasley noted in Brussels, highlighted the importance of “attacking the root causes of hunger: conflict, instability, the impact of climate shocks”.

“Boys and girls need to be well-nourished and educated, women need to be truly empowered, rural infrastructure must be strengthened in order to meet that Zero Hunger goal.

Programmes that make a community resilient and more stable will also reduce the number of hungry people. And one thing we need world leaders to do as well: step up to the plate and help solve these conflicts, right now”, Mr. Beasley added.

From 2014 to 2020, the EU will have provided nearly €9 billion for initiatives on food and nutrition security and sustainable agriculture in over 60 countries.

“Food crises continue to be a global challenge, which requires our joint efforts. The EU continues to step up its humanitarian efforts. Over the last three years, the EU allocated the biggest humanitarian food and nutrition assistance budget ever, with nearly €2 billion overall. Food crises are becoming more acute and complex and we need innovative ways to tackle and prevent them from happening”, said Christos Stylianides, EU Commissioner for Humanitarian Aid and Crisis Management.

Download logo
Twins Elizabeth and Madelina, who suffer from malnutrition, are being held by a relative in the street, where they live, in Juba, South Sudan. (2018)