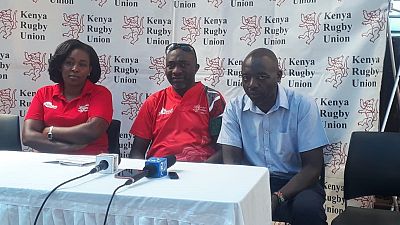 Kenya kick off their 2019 Barthes Cup campaign on Thursday with a clash against Tunisia at 3:30pm at the KCB Sports Club Ruaraka. This match will be preceded by the early kick off pitting defending Champions Namibia against Senegal slated for 1:30pm at the same venue.

Chipu, as the Kenya U20s are fondly referred to, have been in session from 20th January in preparation for this tournament. They reached last year’s final, going down 18-37 to Namibia in Windhoek and Head Coach Paul Odera who named his final squad of 25 is confident that his charges will do the country proud at this competition which is the Rugby Africa U20 Championship.

“I’m very proud of everyone who has been in this team from the word go. What we’ve been looking to see within the training period we’ve had is those who are experienced, the likes of Bonface Ochieng and Samuel Asati who were there last year will take up the Captaincy and Vice Captaincy roles respectively this year. The second thing we were looking at from the team is those who are able to quickly adjust to the pattern of play expected in both attack and defense. We had to get a balance of personalities as well as players who can quickly adjust to the patterns of play,” said the experienced Odera, himself a former Kenya Fifteens and Sevens International in his heyday.

“This group of guys have a very special feel about them, which is what we’ve been saying as the Coaching Management. They have come together very quickly as a team, much quicker than we’ve had in the previous four years that we’ve been together as the management team, he concluded.