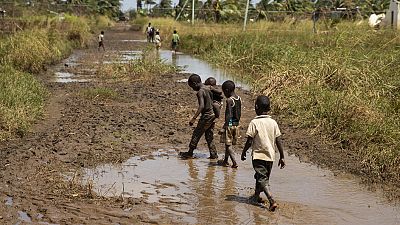 Around 900,000 doses of cholera vaccine arrived in Mozambique on Tuesday to help stave off a possible epidemic, after the devastation caused by Cyclone Idai, amid reports that the disease has already infected more than 1,000 people in affected areas.

Confirming the delivery, Christian Lindmeier from the UN World Health Organization (WHO), told journalists in Geneva, the shipment was already being unloaded, and would start on Wednesday.

The protective measures are to be carried out in four areas: Beira city, Dondo district, Nhamatanda district and Buzi district, where “basically the whole population there will be vaccinated”, the WHO spokesperson explained.

According to UN Children’s Fund UNICEF, local radio stations have agreed to take part in awareness-raising about the importance of containing the waterborne disease, which is endemic in the region, along with malaria, measles and other preventable diseases.

“We have to of course overcome the problem due to limited road access, but more importantly we have to mobilize the population in a vast communication campaign,” UNICEF spokesperson Christophe Boulierac said.

Children ‘could die in a day’ if not treated: WHO

Initially, at-risk communities will be given one cholera vaccine dose, providing protection from cholera for at least six months.

Along with ensuring that a second dose of vaccine is made available later this year, preventing people from drinking dirty water is a key priority, the WHO insists.

“Once a person is sick, accessing treatment as quick as possible is of most importance,” Mr. Lindmeier said. “It’s a sad fact to remind everyone (that) the young, the frail and the old – children especially – if they catch cholera in the morning, they could be dead in the evening, if not treated.”

The WHO spokesperson also warned that challenging weather conditions continue to cause concern.

“Heavy rain is expected to continue in the next few days and this will certainly have an impact on response efforts”, Mr. Lindmeier said. “Access to essential health services and the situation most likely will worsen therefore.”

The development comes as the World Food Programme (WFP) announced that it is also scaling up aid significantly in coming weeks amid improved access to affected communities in rural areas of the four most affected provinces: Sofala, Manica, Tete and Zambezia.

Since the cyclone swept through Mozambique, Malawi and Zimbabwe three weeks ago with wind speeds in excess of 150 kilometres per hour, WFP has provided food assistance to 350,000 people.

“Thanks to the receding floodwaters we hope to reach 1.2 million people in the coming week with food assistance,” said WFP spokesperson Hervé Verhoosel. “That’s a huge scale-up compared to the 350,000 people that the World Food Programme had reached at the beginning of the response”, he added.

Latest assessments indicate that at least 500,000 hectares of crops – primarily maize – were washed away by floodwaters ahead of the main April–May harvest. Other key sources of income, like livestock and fisheries, have also been badly affected, WFP says. Amid huge needs and food prices that have quadrupled in Beira’s markets since the cyclone hit, the UN agency reiterated its appeal for $133 million for the next three months.

‘Concerted action’ required to prevent the next Idai disaster

Speaking in solidarity with survivors of the disaster, UN Deputy Secretary-General Amina Mohammed on Tuesday paid tribute to the “local, national and international responders” who offered their help “from the earliest moments of this crisis”.

They had saved “countless lives… preventing an even more devastating outcome”, Ms. Mohammed told a meeting of the UN The Economic and Social Council (ECOSOC), while also warning while the storm had “flattened thousands of homes” and displaced more than 200,000 people, only $46 million of a $392 million appeal has been provided by the international community to date.

“I call on Member States to bridge this gap”, she said, adding that sustained support would be needed to help the people of the three southeast African nations affected, to cope with the “longer term development consequences” of Idai.

No region was immune to devastating natural disaster, she noted, calling for better, smarter investment in disaster prediction and resilience, making sure to prioritize those furthest behind.

“Raise ambition on climate action – on both mitigation and adaption”, she said, adding that “there is still time to win this race, but it requires concerted action – now.”

Organized by the Office for the Coordination of Humanitarian Affairs (OCHA), in collaboration with the Department of Economic and Social Affairs (DESA), WFP and the UN Development Programme (UNDP), the aim of the special ECOSOC meeting was to update Member States on Cyclone Idai’s impact across Mozambique, Zimbabwe and Malawi.

Participants also discussed how to support a well-coordinated response, focusing on immediate humanitarian needs, as well as sustainable medium and long-term recovery and reconstruction in the aftermath of the cyclone.