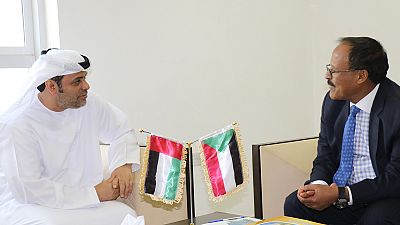 Hamad Mohammed Humaid Al Junaibi, UAE Ambassador to the Republic of Sudan, has met with Yusuf Ahmed Yusuf, Chairman of Union of Chambers of Commerce of Sudan, at the Union's headquarters in Khartoum.

During the meeting, the Chairman of Union of Chambers of Commerce commended the strong and deep ties between the two countries. He also lauded the UAE banks and airlines that serve the Sudanese economy, thus contributing to its stability.