Humanitarian crises and climate change—preparing for the challenges ahead 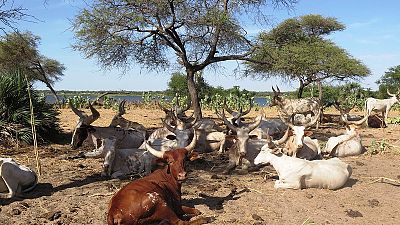 Burundi, Chad and Sudan are home to some of the world’s largest displaced populations and vulnerable communities.

Burundi’s Gitega Province, which has one of the country’s highest population densities, hosts several thousands of people in refugee settlements and camps. About 96 per cent of families use fuelwood as a primary energy source for cooking.

In 2015, Burundi had an estimated 10.7 per cent forest cover and the growing demand for fuelwood has translated into hastened soil erosion and imperiled food security. And it could get worse. The country’s consumption needs require the production of about 180,000 ha of fuelwood, higher than its current 174,000 ha coverage.

Since 2015, the country has also been grappling with an intensifying malaria epidemic with nearly 16.8 million cases and over 7,800 reported deaths. Diminished vegetative cover has the potential to cause climate variability and with extreme weather events such as floods, the country could face further vulnerability to cholera outbreaks.

Similarly, large populations of South Sudanese refugees have settled in Sudan’s Darfur, Nile and Kordofan states, placing immense pressure on already fragile lands. These states, with limited natural resources such as forests and pasture areas, are drought-prone with high rates of desertification.

“The dire environmental conditions in these countries are altering the security, economic, and social dynamics. Over the last 60 years, the Lake [Chad]’s size has decreased by 90 per cent as a result of overuse of the water, extended droughts and the impacts of climate change,” says Saidou Hamani, Resilience to Disasters and Conflicts Coordinator in UN Environment’s Regional Office for Africa.

The effects of climate change are expected to impact many regions across Africa, such as Gitega, Darfur or the Lake Chad basin, not only because of changing rainfall patterns and increased desertification but also due to increased risks of flooding.

The Intergovernmental Panel on Climate Change’s Special Report on the Global Warming of 1.5 ºC clearly outlines what the humanitarian impacts of climate change could be. Sub-Saharan Africa, in particular, has been identified as a climate change hotspot. The region is expected to experience an increase in the frequency and intensity of droughts, with significant consequences on agricultural production, food security and tensions linked to access to water. This will only further exacerbate ongoing humanitarian situations.

Cognisant of these challenges, the World Food Programme, UN Environment, Unicef, the UN Refugee Agency and the World Wind Energy Association, have joined hands, with financial support from the International Climate Initiative, to support the Governments of Burundi, Chad and Sudan in strengthening climate change adaptation in target humanitarian hotspots.

The initiative—a mechanism of Germany’s Federal Ministry for the Environment, Nature Conservation and Nuclear Safety (BMU)—has financed climate and biodiversity projects in developing and newly industrializing countries, as well as in countries in transition.

The project, launched in September 2018, will run until August 2020. “The joint project aims to strengthen the capacity for climate adaptation of displaced populations and vulnerable communities in Burundi, Sudan and Chad. Country-specific reviews in all three countries will assess climate risks and vulnerability to inform humanitarian operations,” says Margherita Fanchiotti, of the UN Environment/OCHA Joint Unit.

“The Joint Environment Unit has twenty-five years of experience in pairing the mandate in humanitarian action of the United Nations Office for the Coordination of Humanitarian Affairs and the environmental expertise of UN Environment. The agencies work together to support the integration of environmental considerations in humanitarian response to enable adaptation and resilience building,” says Fanchiotti.

Since its establishment in 1994, the UN Environment/OCHA Joint Unit has mobilized experts and equipment in response to environmental emergencies worldwide, backed by a strong international network of partners. The joint unit, a partnership between UN Environment and the UN Office for the Coordination of Humanitarian Affairs (OCHA), has continuously worked to improve the response to environmental impacts of sudden-onset disasters and complex emergencies.

Download logo
These hamitic longhorn humpless cattle are adapted to the hot, humid shores and archipelagos of the Lake Chad Basin and can survive long droughts. Photo by UNOCHA