Kisumu Set To Host The 2019 #ElgonCup At ASK Mamboleo Showgrounds 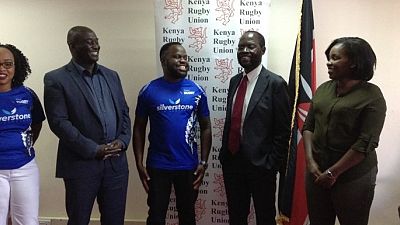 In 2018, Kisumu brought forward their bid to host this specific fixture and KRU (www.KRU.co.ke) gave them the go ahead. “Having the match take place in Kisumu is part of the KRU Strategies to decentralize the international fixtures. Other Clubs are also encouraged to tender in their bids to host other internationals going forward since it plays a big role in boosting their infrastructures as well as growing the game. Already Clubs have shown that they are capable of drawing huge crowds and we have seen this from Kisumu during the #Dala7s which attracts the largest crowd during the Stanbic Bank National Sevens Circuit,” said The KRU Vice Chairman, Thomas Opiyo.

The Simbas are expected to start their training session as soon as the Kenya Cup comes to an end in mid-May. We are heading into the penultimate round of the regular season on the 30th of March that will be followed by the last match day on the 6th of April before heading into the knock out stages on the 27th of April, 4th of May and eventually the final on the 11th of May.

Speaking at the launch, Kisumu County Governor Prof. Anyang’ Nyong’o  “This is the second time we are having a launch with Rugby in Kisumu County and hopefully not the last. Our aim is to make sure we fully support sports in the County so that the Nation can have a building ground for its athletes and sportsmen with support from the County. Devolution means that everyone in the Country in all areas of life feels included.”

“I am excited to have the Elgon Cup come to Kisumu in June 2019. We have been looking to grow our space in Kisumu as an international sports capital and I want to warmly welcome the Uganda Rugby Union and fans at large to the Region. As you all know the governor has been pushing for this to happen and I am excited to see it come to life.” added Achie Alai, the Kisumu County Executive For Tourism and Sports.