The International Organization for Migration (IOM) is addressing the humanitarian needs of populations affected by Cyclone Idai in Zimbabwe, Malawi, in addition to the ongoing response in Mozambique after an appeal was launched earlier this week.

The hardest hit province is Manicaland where Chimanimani and Chipinge districts remain inaccessible due to heavy rains, strong winds, earth sliding which has damaged roads and main access bridges; so far, 181 deaths have been reported since the hit Zimbabwe.

Plans are underway to provide technical support for improved Camp Coordination and Camp Management (CCCM). IOM plans to support the government and CCCM activities by deploying officers across three camps in Chimanimani. This will ensure that humanitarian assistance is delivered timely, and that Sphere standards for humanitarian assistance are adhered to.

IOM is rolling out mobility tracking in the four most affected districts (Chimanimani, Chipinge, Mutare, Buhera) in Manicaland province and will extend the scope of its action where necessary in Masvingo district. The Global Displacement Tracking Matrix (DTM) empowers responders to regularly monitor developments as movements and crises evolve, providing the most up-to-date information. The DTM component will provide information on all essential sector needs to UN Agencies, and I/NGOs to underpin an evidence-based response.

“IOM is working to support communities affected by Cyclone Idai through technical assistance in shelter, CCCM and Information Management through DTM,” said IOM Zimbabwe Chief of Mission Mario Lito Malanca. “Our DTM teams are now on the ground rolling out needs assessments through our mobility tracking tool in the four most affected districts in Manicaland province and will extend the scope of its action where necessary in Masvingo district. The tool will aim to collect sex age disaggregated data on the affected population, their locations as well as capturing the key needs in each district and ward to support a more well informed coordinated humanitarian response.”

In Malawi, the floods have affected 868,900 people, and displaced over 87,000. IOM’s immediate response after cyclone landfall was through participation in the ongoing inter-agency assessments in the six districts of Balaka, Machinga, Mangochi, Zomba, Phalombe and Nsanje.

As explained by Mpilo Nkomo, IOM Malawi Head of Mission: “There is an urgent need for Shelter as most displaced people are accommodated in camps set up in schools, a situation that is disrupting learning activities in the schools. IOM is appealing for funding support to help provide the much-needed shelter as some families are leaving in the open exposing them to the harsh weather resulting from the flood.”

“IOM, as requested by the Department of Disaster Management Affairs (DoDMA), has employed the Displacement Tracking Matrix and Team is in the field to collect comprehensive data which will be used by service providers to advocate for resources as well as targeting groups with specific needs / vulnerable and improve site conditions. We are also in the process of procuring emergency shelter as this has been reported to be the urgent need. Trained camp managers will be deployed as soon as possible in the field to support in camp coordination and camp management.”

The DTM programme has been launched in the four most affected districts: Chikwawa, Nsanje, Phalombe, and Zomba. IOM Malawi’s DTM reports are designed to regularly capture, process, and disseminate information to provide a better understanding of the needs, numbers and movements of internally displaced persons (IDPs). The DTM was initially planned for three round assessments and these started early this week.

IOM plans to provide technical support for improved Camp Coordination and Camp Management (CCCM) through deployment of camp managers in the IDP sites as well as provision of technical support in improving existing site conditions. The Organization will also support the provision of emergency shelters to 1000 households. 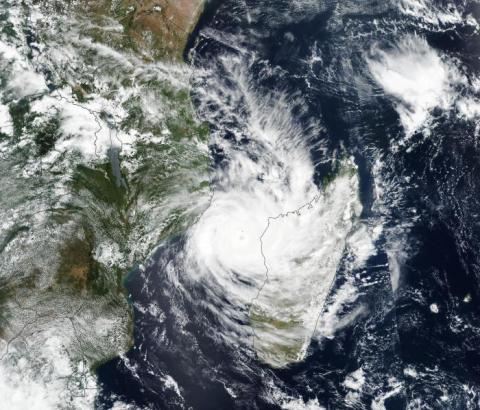