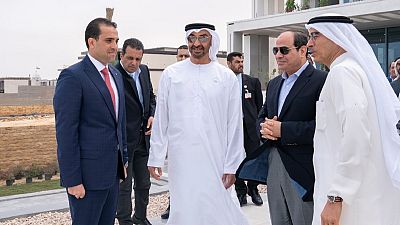 His Highness Sheikh Mohamed hailed as impressive the developments going at full tilt across the new coastal city and “their completion in a record time reflective of the significant transformational drive adopted by the Egyptian leadership to drive economic and tourist growth in the country.”

Al Alamein New City, west of Alexandria, is located in a site named after a battle that took place during the Second World War (WWII 1942).The Egyptian Government selected a prestigious site on the north western coast to host the new city, which is expected to set a new benchmark, and a model for the new generation of sustainable cities in Egypt.